On Iran, Some Options Should Be Excluded 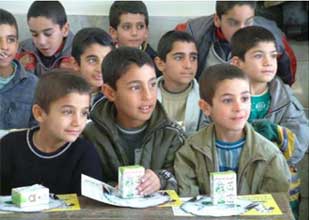 Taken in the most straightforward way, Romney's "no option should be excluded" line about how to deal with Iran is ridiculous.  Of course some options should be excluded.  These include (1) sending all State Department employees to Iran to demonstrate the Hokey Pokey, (2) kidnapping thousands of Iranians and gluing them together, and (3) killing all Americans first so that Iran can't kill any of us.  There are many others.

Sometimes when you say "no option should be excluded", you mean no option within some understood narrow range.  (It's like when you say "there's no more beer!" and you mean that there's no more beer at the party, not that there's no more beer in the universe.)  If we had a common understanding of what that range was, this wouldn't be a problem.  But I don't think there's such a common understanding here.  I take an unprovoked nuclear first strike against Iran that kills millions of people to be an utterly evil non-option that should be excluded.  The Hokey Pokey and gluing options are in fact a lot better.  But there are people in our system who hear Romney saying "no option should be excluded" and are happy to think that he might do that.  Part of the reason we do politics is to keep those people out of power.


I think I see what Romney and other politicians of both parties who say this stuff are trying to do, though.  They're trying to look tough for American audiences, including Americans who are okay with blowing up the cute little Iranian boys pictured above, while not committing themselves to anything.  Well, that's politics in a democracy.  And I hope Iranian leaders have the sense to recognize it for what it is.  Because if they think that America really is getting ready to do something insane, they might reach for desperate countermeasures, and I don't think I'd like what they'd come up with.
Posted by Neil Sinhababu at 7/30/2012 03:31:00 AM

It's terrifying to imagine what options Romney thinks would be effective. Standing in Jerusalem, pointedly disregarding the decades of peace talks regarding that city to call it the true capital of Israel, invoking Israel's right "to defend" itself when no attack has been threatened, Romney is either willfully blind to the inflammatory effect he must have on Iran and the Arab world, a mindless demagogue capable of jeopardizing real lives and security for electoral support, an avid hawk who thinks that increased hostility -- up to and including war -- is in our national interest, or a simple fool. Other possibilities exist, but none of them would suggest that he is a statesman.