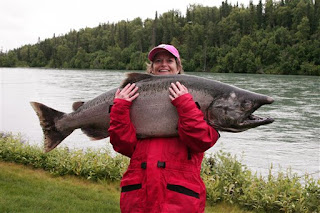 What's struck me about the primary defeats of Bob Bennett in Utah and (apparently) Lisa Murkowski in Alaska is how they seem to have just come out of nowhere. I wonder how Republicans in DC are responding to this. The obvious move is to do whatever crazy stuff the GOP base wants so that they'll be happy, but as far as I know Murkowski and Bennett basically thought they were doing fine up until they suddenly lost primaries (or in Bennett's case, nominating convention votes) that they completely expected to win. So I guess pandering to the Tea Party will be combined with a new awareness that you might not really know what your base thinks of you until too late, and you've got to pay more attention or be kind of entrepreneurial in doing your own ridiculousness.

Apparently it'll be tough for Murkowski to get a third party shot. I really don't know which set of potential outcomes gives Democrats the best chance at the seat, but our chances are going to be pretty slim in any case. Things probably depend on some really absurd revelation about the Tea Party guy. Alaska voters will put up with Republicans who do really weird stuff, but Alaska politicians are likely to be especially far off the deep end, so we'll see what happens. The Democrat seems to be okay -- he's mayor of a town with 9000 people (the fifth-biggest town in Alaska) so it's not like he's Alvin Greene. I think his facial hair is a bit odd though.

Looking at all this, I wonder if an Arlen Specter primary victory would've been better for the national Democratic party, in that it'd make Republican Senators think better of the party-switching option in the future if staying on the GOP side gets too hot to handle. I'm pretty sure Specter would've lost in November, given that Toomey has a solid lead on Sestak. The indignity of losing in the other party's primary has to be worse than a November loss in a wave election, though.
Posted by Neil Sinhababu at 8/26/2010 05:32:00 AM

That picture is weirdly hilarious.