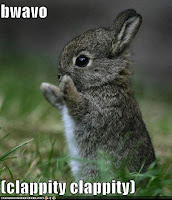 I looked at a newspaper over someone's shoulder in the hostel last night and saw that New START was going to pass the Senate. The media is reporting that it's a victory for Barack Obama, and I suppose that's right. People more willing to comment on matters of substance might note that it's a victory for those of us averse to the destruction of humanity.

On the other lame duck stuff, I'm fine with the tax cut / stimulus deal -- it's a decent compromise that could put the Democrats in a better position in 2012 when we have to decide whether to renew the tax cuts. More obviously, it's good that gay people can serve openly in the military now. Andrew Sullivan, this may be time to say something nice about Harry Reid. Telegenic talking head skills < Senate Majority Leader skills.
Posted by Neil Sinhababu at 12/23/2010 10:50:00 PM

The U.S. and Russia used to have 10 times the nukes required to wipe out civilization. Now they will have only 7 times that number. Sure, it's a good thing there are going to be fewer nukes around, but a 30% reduction is still largely symbolic. In the meantime, little progress has been made with respect to Pakistan, Iran, North Korea -- the real nuclear threats. Whether it's 'Don't Ask, Don't Tell' or START: Obama gets to celebrate symbolic victories, while the economic and corporate elites (and their Republocrat cronies) can happily continue to siphon off federal money and accelerate redistribution from the poor to the rich. (And I didn't even mention Judge Henry Hudson, Guantanamo, or the Obama/Clinton-backed persecution of Julian Assange.) 'Change we can believe in', my foot.