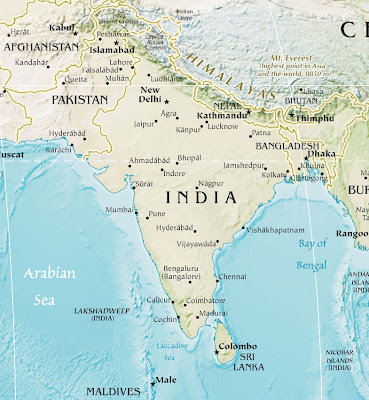 Pakistan is an enemy, as Spencer Ackerman says, and we've got to deal with it on those terms. Treating it as a wayward friend who needs to be bribed to deal with problems just gets Pakistan keeping the problems in play so that the bribe situation will stay intact.

What Pakistani military officials always think about is conflict with India. (I'm sure they like being bribed too, but as far as actual foreign policy goes, it's India.) They've fought three major wars with India. They like China because it's a powerful counterweight to India. Insofar as they like us, it's as a source of stuff they can use against India, and they just play us for more stuff.

So the kind of thing we'd need to do to get them to do what we want is threaten to strengthen India's position relative to them. I'm not sure exatly what one does here, but I'm thinking of something like regularly updating India on what our spy satellites tell us about what's going on in Pakistan, including precise locations for all their major military hardware.
Posted by Neil Sinhababu at 10/27/2011 12:43:00 PM

I think this is another case where Yglesias is right about our foreign policy with Pakistan. Americans know very little about Pakistani politics. Maybe a few know a medium amount. But Pakistanis know a lot. Any attempt to effect what is going on in Pakistani politics is going to wind up with us getting seriously played.

Yeah, I think that's right as far as trying to do fine-grained stuff goes. But when you've got something as broad and general as "Pakistan is all about conflict with India" you can do plenty of work with that.