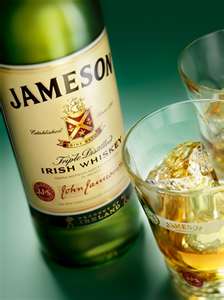 When chatting about European financial woes, my friend in Erfurt endorsed the stereotype of the German belt-tightener who works hard and saves his money.  He seemed amused by my suggestion that Germans need to do their part to fix the European crisis by buying lots of cool stuff from the troubled European economies.  But that's the happiest way out of this.  If the troubled countries are going to do better economically, they'll have to export more stuff.  For them to export more stuff, someone has to buy the stuff.  They can't buy their own stuff, since their economies are depressed and they don't have money.  So the buyers they need are Germany and the other prosperous countries in Europe.

This is why the European Central Bank needs to cut rates (actually, they need to start printing money to generate inflation.)  The way a central bank can make people spend is by making saving money a bad deal.  High interest rates make saving a great deal, low interest rates make it a mediocre deal, and inflation makes it a bad deal.  What people don't save, they spend.  There are lots of fun things to drink in the troubled countries, and Germans could spend their money on those.

Of course, this isn't likely to happen anytime soon.  Jens Weidmann, head of the Bundesbank, wants the ECB not to cut interest rates.  Which is a pity, as I think the Germans would really have a good time drinking Ireland and Southern Europe out of the financial crisis.
Posted by Neil Sinhababu at 5/12/2012 01:47:00 PM