"It's Always Best To Kill The Other Person" 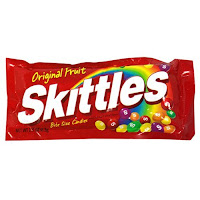 Among the many frightening messages of the Zimmerman trial is the way that Florida criminal law puts gun owners in a favorable position over non-gun-owners. If Martin had been armed and Zimmerman wasn't, and Martin had shot Zimmerman, he could present a legal defense basically similar to Zimmerman's. Of course, the jury would probably take a black man's self-defense claims against a white man a lot less seriously than a white man's claims against a black man. But as far as I can tell, the letter of Florida law supports the shooter's self-defense claim either way. From Josh Marshall's correspondent:


if you’re ever in a heated argument with anyone, and you’re pretty sure there aren’t any witnesses, it’s always best to kill the other person. They can’t testify, you don’t have to testify, no one else has any idea what happened; how can the state ever prove beyond a doubt is wasn’t self-defense? Holy crap! What kind of system is that?

Apparently that's the way it is in most states. You can imagine how things might be different. People with guns could be given additional responsibility for the safety of unarmed people, so that they'd have to either prove beyond a reasonable doubt that they were defending themselves against serious bodily harm instigated by the other person, or at least prove that it's more likely than not that they were doing so. That's a responsibility that can fairly be assigned to the person who has a lethal weapon, especially when the other person has iced tea and Skittles.
Posted by Neil Sinhababu at 7/16/2013 09:31:00 AM

I wouldn't credit Eugene Volokh's accuracy in a political discussion.