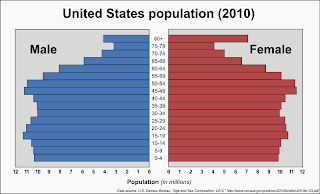 I don't really know how significantly the assassination changed history. Lyndon Johnson was probably the most significant president after FDR, with impressive achievements on civil rights, Medicare, and the War on Poverty, and a disaster in Vietnam. How do all those things go in the counterfactual scenario where Kennedy becomes president? My impression is that his approach wouldn't be too different from Johnson's, but I'm not at all confident about this. If it's true that it would've all gone more or less the same way, the assassination becomes more a moment of Baby Boomer cultural memory than a turning point in the history of anything that matters.
Posted by Neil Sinhababu at 11/23/2013 07:55:00 AM No comments: 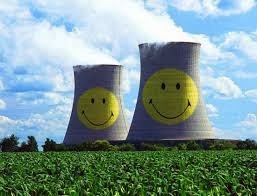 I see that Scott Lemieux is saying this is probably the most important vote of Obama's second term. Sounds right to me. Scott's been saying good things about Harry Reid, and I agree with that too. I wish we'd gotten here sooner, but the delay is probably more the fault of the Carl Levin types than anything Reid could control. Reid has been an excellent Senate Majority (and briefly Minority) Leader.
Posted by Neil Sinhababu at 11/21/2013 10:31:00 AM 1 comment:

As Yglesias writes, it's hard to write legislation separating the socially beneficial side of the finance industry (like airlines using derivatives to hedge against unpredictable changes in fuel costs, without which they'd go bankrupt whenever fuel costs jump) from the speculative side where people are just gambling and can be bailed out if their bad bets wreck the economy. He's responding to John Quiggin's piece here.

I thought I'd say a bit more about bailouts. Mere promises never to support more bailouts aren't worth the paper they aren't written on. Once a big enough financial crisis looms, policymakers will have to do something to prevent economic catastrophe. If bailing out banks is the only feasible way to do that, that's the policy we'll get. Quiggin's proposal to shrink the financial sector would solve this problem by eliminating the problem of financial institutions being too big to fail by just preventing the from being too big. The problem is how to implement it, eliminating the gambling while preserving the hedging.

Setting up policies for stabilizing the economy in the face of financial crisis, but which don't involve bailing out banks, would be a good way to go. For example, you could allow the Federal Reserve, in times of crisis, to simply print enough money and distribute it evenly among all residents of the USA. Then if the financial crisis led to people losing their jobs and incomes, free money from the Fed would provide a cushion. It'd probably do a lot to prevent the job losses in the first place, as the anticipated introduction of new money would counteract the forecasted economic gloom that leads to layoffs and recessions. And it'd prevent banks from gambling with the expectation that they'll be bailed out, because the bailouts wouldn't go to the gamblers. If that's a major factor in the growth of the financial sector (I don't know if it is, but to whatever extent it is, it should stop) it'd be a way of implementing Quiggin's financial sector shrinking agenda.

Obviously there are massive political obstacles here and we might never get circumstances where we'd be able to pass such a thing. But if we're talking about a legislative proposal that would actually have the right effects, this seems to be one.
Posted by Neil Sinhababu at 11/18/2013 08:33:00 AM 4 comments:

Medicaid Expansion Needs to Happen Sooner Rather Than Later

The New York Times had a big piece this weekend on the pinch felt by community hospitals in states that are not expanding Medicaid to cover everyone -- mostly the working poor -- who have incomes under 133% of the Federal Poverty Line.

To review, in the pre-ACA world, the federal government funneled extra money to hospitals that served an unusually large number of Medicaid & uninsured patients. This helps these hospitals make up for the fact that Medicaid and uninsured patients tend to pay a lot less. The ACA includes a significant boost in Medicaid reimbursements, and should lead to a decline in the number of uninsured patients between the individual mandate and Medicaid expansion. In theory these changes should help safety-net hospitals become less reliant on DSH payments. In practice, however,  twenty-four states run by troglodytes have rejected Medicaid expansion, and will thus voluntarily decimate their safety-net hospitals.

The impact of this decision on states' economies and political economies is likely to be significant. Some estimates suggest that Medicaid expansion may increase a city's economic output by as much as 2-3%. Medical professionals and for-profit hospital managers will have significant incentives to gravitate towards states that have accepted the Medicaid expansion. If Jay Nixon (D-MO) manages to hammer out a Medicaid expansion compromise with his Republican legislature while Sam Brownback (R-KS) sits on his hands, the Kansas side of Kansas City will suffer relative to the Missouri side. State-level Medical Associations and especially Hospital Associations will have tremendous incentive to become 100% Democratic donors at least at the federal level, and to back any Democratic candidates for governor or state legislature that appear viable.

The White House blog notes that the number of states accepting the original expansion of Medicaid under LBJ exactly matches the expansion under Obama, and that over the next four years, all but two states decided the expansion was worthwhile. Thus the current state of Medicaid expansion is not without precedent, even if it's completely immoral.
Posted by Nick Beaudrot at 11/11/2013 10:49:00 AM No comments:

I like Dylan Matthews' argument that we should actually give a really huge chunk of money to foreign aid -- maybe the 28% of the budget that Americans think we're giving. It looks like you can save the life of someone in another country with health interventions against AIDS, insecticide-treated bednets to prevent malaria, or deworming pills for under $5000 a year.  Devoting a big chunk of the federal budget to causes like this would be of enormous benefit to humanity, and that's what utilitarians like me care about.

I was thinking about why Americans think 28% of the budget is going to foreign aid when it's only 1%. I wonder if most Americans are categorizing foreign aid in the same way that pundits talking about the budget usually do. A huge portion of the federal budget is directed overseas -- in particular, to military spending. And a lot of military spending has gone to endeavors that could be confused with some kind of foreign aid, on a broad definition of the term -- nation-building endeavors alongside military intervention in Iraq and Afghanistan, for instance. Maybe that's part of why so many Americans think such a huge percentage goes to foreign aid.

Obviously this isn't anything like the aid Dylan supports. It'd be a real misfortune if opposition to excessive "foreign aid" was to expensive nation-building projects that operated alongside military operations, and it frightened politicians away from doing genuinely beneficial humanitarian work.
Posted by Neil Sinhababu at 11/09/2013 12:00:00 AM No comments: