Beyond Frigidity: The Unfinishable Fiscal Agenda Of The White House 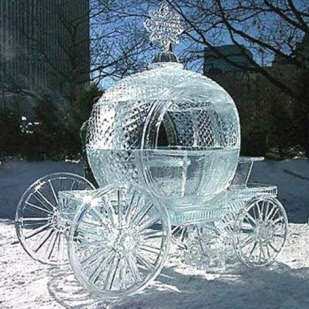 Yglesias asks about oil subsidies and the spending freeze:

And the question I’ve continued to have about the idea is what happens if (when?) it turns out that Congress actually loves subsidizing dirty energy production even more than it loves posturing about the deficit. Does Obama turn around and insist on offsetting cuts in education? Or do they really fight for these specific ideas?

There's a third option: Obama doesn't fight for the spending freeze, but instead shakes his finger impotently at those fiscally irresponsible ruffians in Congress as they do what they want.

Moves like this aren't usually advisable. If you announce a big health care reform plan, get health care reform fans on board for it, and then chicken out on them when the going gets tough, they get demoralized and don't vote for you or give money in the midterms. Their enemies vote against you in big numbers. The media convinces swing voters that your idea must have been bad, since it failed. This is a really bad situation. Much better to pass the bill, energize supporters, and impress swing voters.

But everything is different with deficit reduction. The thing about the supposed "deficit reduction movement" is that it never gets on board. David Broder isn't going to become a Democratic partisan if Democrats successfully reduce the deficit. It happened, and he didn't. Swing voters won't think, "Oh, spending freezes -- we hate those" if your spending freeze fails, because of GOP success in making people hate the idea of spending (even if they like many of the actual things we spend money on), and because failure won't lead the media to write about how great spending is and how it was dumb of Obama to want it frozen. And nobody's going to turn out against Obama in large numbers because he took the freezer line for a while. The only people flipping out about the freeze were progressives, and what they really care about is health care and climate change and the Iraq War ending and gay rights, so if you give them most of that and give up on the freeze they'll be happy and not hold it against you at all.

This is an issue made for posturing, and I think Obama's going to play it right. In some sense, that's unfortunate, because getting the long-term deficit in order is important. But a lot of things are important, and you only push hard on the ones where you can make real progress.
Posted by Neil Sinhababu at 2/01/2010 09:20:00 PM

"David Broder isn't going to become a Democratic partisan if Democrats successfully reduce the deficit. It happened, and he didn't."

Indeed. As Broder said of Clinton in late 1998, "He came in here and he trashed the place, and it's not his place."

There's no political payoff for fiscal responsibility. Hell, these days there's not even a political payoff for sanity. Maybe the Villagers should give some thought to that, rather than writing idiotic pieces about how Obama's team needs to hit the party circuit and make some friends in "the permanent Washington establishment."