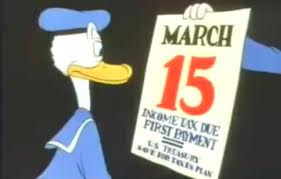 A lot of people are unhappy about the Democrats' failure to pass middle-class tax cuts. I can see how the current situation might be a bad outcome from an electoral point of view and a slightly suboptimal outcome from a short-term fiscal-stimulus point of view (tax cuts are stimulative, but not as much as spending on things like food stamps).

But in the long term, it's good! The government needs revenue to provide useful services like health care for poor people and maybe someday free preschool. Assuming that the current gridlock stands, we've just got $3.9 trillion more of it.

Now, if the Democrats really cave and extend the full set of Bush tax cuts after the election, that'll be really bad news. If they extend the middle-class tax cuts but not the Bush tax cuts, it'll be a somewhat worse outcome than passing it in the current situation, because they'll forgo the political benefits. But if this situation stands, it something that progressives can be happy about on the merits.

One other possibility: what if the current tax cuts don't pass, but Democrats end up passing some kind of middle-class tax cut that doesn't run along Bush tax cut lines? All the better, because now instead of perpetuating the Bush legacy, we end up with something that can be called the "Obama tax cut." And if we're going to cut taxes, we might as well get the credit for it.
Posted by Neil Sinhababu at 9/24/2010 11:05:00 AM