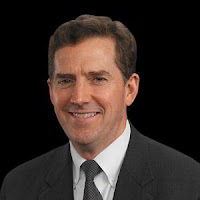 I just went on Intrade and put $20 on Jim DeMint winning the 2012 GOP nomination, at 50-to-1 odds against. (I also have little bits of Whitman, Fiorina, and Coburn at 500-to-1 against. The Whitman and Fiorina I just plan to flip for a profit if they win their races and there's a boomlet of some kind.)

There's no candidate who has DeMint's combination of credibility with the GOP base and non-buffoonery. He's been National Journal's most conservative Senator in 2007 and 2008, as well as one of the Senators closest to the Club for Growth and the Tea Party movement. He endorsed successful anti-establishment GOP primary candidates in Colorado, Florida, and Kentucky. This hasn't endeared him to some of his fellow Republicans in the Senate, but he could easily end up with some love from the Tea Party's favorite new Senators in 2011. And as far as winning over base voters for the 2012 primaries, support from these new guys will count a lot more than support from the GOP establishment figures who couldn't stop them. Wonks talk about Tim Pawlenty and Mitch Daniels or whatever, but I don't know how much those guys are loved by the people who can influence GOP base voters.

Figures like Gingrich and Palin get more headlines, but any strategically minded person in the conservative base will be inclined to pick somebody who's on the right side of all their fights, without the huge negative ratings. And I don't think we should extrapolate from the burgeoning Christine O'Donnell fiasco to think that Tea Party people just won't care about electability in a presidential candidate. They hated Mike Castle, wanted to get rid of him, and had only one way to do it. A Presidential election offers a much broader menu. If there's a conservative with rock-solid issue positions and a special record of helping out the base as well as a more plausible electability case than people of the Palin/Gingrich sort, that'll present a more appealing package.

DeMint says he's not going to run, just like all the candidates do. He's also said he won't run for re-election to the Senate in 2016, so if he sticks to that, all the power he's currently accumulating with the base won't count for anything. It's hard to estimate things this far out, but if DeMint announced that he was running I'd consider him more likely to win than anybody else.
Posted by Neil Sinhababu at 9/20/2010 01:08:00 PM

So I agree with the specific arguments here, but think the general argument is somewhat different. The GOP Primary is hard to predict because of the very weird way it happens, crowding out by which candidates choose to enter, who wins early contests, etc. So any near-zero probability nominee right now is probably a good buy.

But really, I think the lesson is "sell Gingrich / Palin", not buy individual penny stocks.

Because of fees, Intrade contracts essentially close at 1 or 99 rather than 0 or 100, so be careful with bidding against low probability events. There is also zero interest on the money that's tied up, plus an additional fee when you buy/sell if you're the price taker.