McChrystal And The Knives 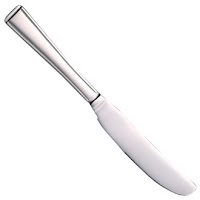 Sir Charles has the right take on the McChrystal stuff -- Obama should use this opportunity to do good policy and put in a general who's interested in leading us out of Afghanistan. I hope that's what he's done.

I don't know which way is the right way to go as far as short-term perception stuff is concerned, and the things that I read McChrystal saying in the Rolling Stone article seemed quite mild to me. (Obviously I don't have any sense of what the norms are for military leaders talking about the President.) But the thing that'll have a big long-term effect here is the general direction of Afghanistan policy. Do that right.

On a different note, I found this part of the Rolling Stone article interesting:

Despite the tragedies and miscues, McChrystal has issued some of the strictest directives to avoid civilian casualties that the U.S. military has ever encountered in a war zone. It's "insurgent math," as he calls it – for every innocent person you kill, you create 10 new enemies. He has ordered convoys to curtail their reckless driving, put restrictions on the use of air power and severely limited night raids. He regularly apologizes to Hamid Karzai when civilians are killed, and berates commanders responsible for civilian deaths. "For a while," says one U.S. official, "the most dangerous place to be in Afghanistan was in front of McChrystal after a 'civ cas' incident." The ISAF command has even discussed ways to make not killing into something you can win an award for: There's talk of creating a new medal for "courageous restraint," a buzzword that's unlikely to gain much traction in the gung-ho culture of the U.S. military.

But however strategic they may be, McChrystal's new marching orders have caused an intense backlash among his own troops. Being told to hold their fire, soldiers complain, puts them in greater danger. "Bottom line?" says a former Special Forces operator who has spent years in Iraq and Afghanistan. "I would love to kick McChrystal in the nuts. His rules of engagement put soldiers' lives in even greater danger. Every real soldier will tell you the same thing."

With soldiers like that, how can we win in Afghanistan? Look, you guys signed up for dangerous duty, and you're eager to follow dangerous orders if they're the orders to attack an enemy position or do some other offensive military action. Good for you. But now we're in a mission where victory depends on not shooting, given the insurgent math that McChrystal is talking about. Why can't you see the dangers of not shooting the same way you see the dangers of heading into combat -- a brave thing that needs to be done for victory?

COIN guru John Nagl has likened counterinsurgency warfare to eating soup with a knife -- something difficult that you should just try not commit yourself to doing. Maybe soldiers who learned to fight in an atmosphere with a courageous restraint medal and whatever else would be more spoonlike. But right now, knives is what we've got, and it's time to walk away from the table.
Posted by Neil Sinhababu at 6/23/2010 04:31:00 PM

As Maureen Dowd said in her Op-Ed in the New York Times today: "So this general with the background in intelligence who is supposed to conquer Afghanistan can't even figure out what Rolling Stone is? We're not talking Guns & Ammo here; we're talking the antiwar hippie magazine."

The PR operative has been fired. I suspect his "guys" who piped in will be either demoted or moved to less important places.

McChrystal is either an idiot or he's a meglomaniac, in my opinion.