To Infinity and Beyond! USA 4EVAH! 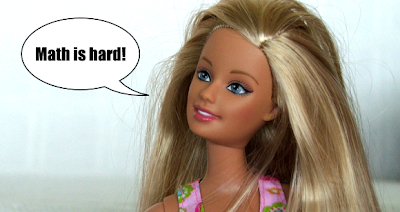 When I first read about John Thune's unserious plan to produce deficit reduction out of thin air, I thought we were just in for more of the same: punt the hard problems to a commission, never have to put any specific cuts on the table, never mention the size of the defense budget relative, to everything else, etc. But no, Thune is instead trying to appeal to Barbie Doll owners. Here's the punchline:

Appearing on Fox News, Thune and host Greta Van Susteren discussed the bill’s call for the creation of a Joint Committee on Deficit Reduction, tasked with reducing the deficit 10 percent year over year.

According to Thune's plan, "the new Joint Committee must introduce legislation that eliminates or reduces spending on wasteful government programs and achieves a savings of at least 10 percent of the previous year's budget deficit."

People are snarking about Zeno's paradox, but the real snark here is to observe that John Thune is burnishing is "Proud to be an American" credentials by claiming that the United States of America will be around for an infinite number of years. Since, of course, while Thune is wrong that it will eliminate the budget deficit in ten years (at which point, in reality, the deficit would have been reduced by about 65%, far less than Bill Clinton was able to achieve in eight years without being so lazy as to defer the hard choices to a commission), he's right that it will eventually eliminate the deficit. In each year the deficit is nine-tenths of the deficit in the previous year, and for all values of a less than 1,

therefore Thune is correct that the deficit will be eliminated ...at infinity. Q.E.D.

I'm trying to decide if it's reasonable to expect the leader of the free world, or even a man one heartbeat away from the leader of the free world, to understand the concept of limits and geometric decay. I've heard the phrase "half-life" bandied about in politics, which suggests a basic awareness of the concept. So, Thune may have forgotten his high school pre-calculus, but the "America: Fuck Yeah!" crowd should eat it up.

Preemptive correction: Technically, some of the hard decisions relating to defense cuts during the Clinton administration were deferred to commission. But other tough decisions—raising taxes, non-defense spending cuts, and the 1995 Balanced Budget agreement—needed no delegation.
Posted by Nick Beaudrot at 7/28/2010 04:35:00 PM

Because I am annoying on this point: Teen Talk Barbie said "Math class is tough!", not "Math is hard." I tend to have philosophical appreciation of the second and utter disgust towards the first...

But money is quantized - it's not possible to reduce the deficit by less than a cent - so we'd be required to cut at least a penny a year as long as there is a deficit (note that he said "at least"). That means the deficit would be eliminated in under 300 years (a quick Excel calculation gives 292 years).

Can you please not hotlink my image to the Barbie "Math is hard" image? :)

Hotlinking is when you link directly to the image that is located on my server, rather than downloading the image and uploading it on your own server.

I'd really appreciate it if you'd remove the hotlink, because it stresses out my server.