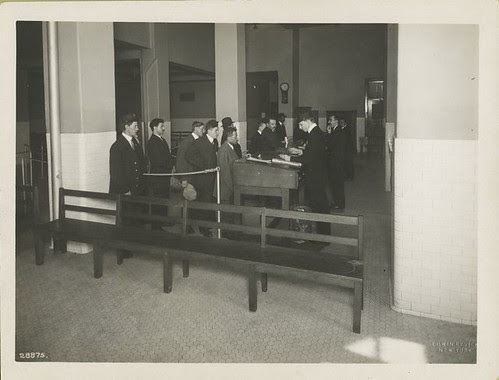 State Rep. John Cauthorn (R-Mexico): "The average guy on the street hates Spanish, and it is everywhere,” Cauthorn said. “To the average guy, that is important. We are almost to the point of losing our identity as a nation.",

And no, that's not a misprint, there really is a town called "Mexico, Missouri", and the guy who represents it is not a big fan of Mexicans. The census estimate for 2009 puts Audrain county's Latino population at 1.5%, so this is obviously a pressing local concern for him.
Posted by Nick Beaudrot at 1/07/2011 11:54:00 AM

The Kentucky Senate has a bill they are considering that would insist the police determine the citizenship status of every person they stop or choose to ask. This means everyone "potentially" will need a passport or certified birth certificate. This means a state that cannot balance a budget is going to spend money it doesn't have to pay people to issue certified birth certificates.

This is sponsored by the president of the Senate who at the last regular session kept the budget from being passed requiring a special session at great cost. Oh yeah, he's also running for governor nest year.