Cato And The Kochs

The Koch brothers are trying to take over the Cato institute, and Cato is fighting back to try to preserve its independence.
I hope Cato survives, because there are good people doing good work there on issues I agree with, and I want them to keep their jobs. I've read articles by Chris Preble and Justin Logan off and on over the years, and they're consistently making sensible points against various foolish military activities. Here's Preble's book calling for a smaller military, and Logan's paper from 2006 against attacking Iran. The pro-peace side of Cato is small but real, and I wish the best to those people.
I mostly agree with Julian Sanchez' recent post that there's nothing interestingly ironic about libertarians being annoyed that big money is buying out their think tank. It's about as ironic as somebody who believes that you've got to stop for red lights being annoyed because they got stopped by a red light. Which is to say, not very ironic at all. Cato people are unhappy about what's happening, but they don't ever begrudge anybody in their situation the right to be unhappy. They just think the government shouldn't get involved in stopping rich people, and they're not asking it to. (Julian's excellent work against excessive intellectual property regulations is one of many reasons why I'm hoping Cato remains a hospitable environment for him.)
But there's another side to the ledger. Cato has a somewhat independent reputation -- it's not Heritage or Americans for Prosperity. And there are people at Cato who don't really deserve to be under that kind of banner. You get a pretty solid example in Randal O'Toole, who is willing to abandon libertarian views on transportation policy issues when it'll annoy left-wing urbanists. That guy belongs in some kind of hack tank where everybody will know he's not a principled libertarian. There were times when it might've made sense for Cato to pick up Nat Hentoff, but shortly after he supported the Iraq War and decided not to vote for Obama on anti-abortion grounds?
And yes, that brings us to abortion, an issue on which Cato has been incredibly disappointing. This ought to be the ultimate libertarian issue. Can the government force an unwilling woman not to remove an organism from her abdominal cavity for nine months until its incredibly painful emergence? Look, this is the stuff of science fiction dystopias. And as Thomson has famously argued, on strict libertarian assumptions it doesn't matter even if the fetus is a full person. If you can't be required to pay for someone else's health care, you certainly can't be required to carry them around inside your body and nourish them with your internal fluids. But searching the Cato archives for abortion mostly turns up horrific failures to appreciate the magnitude of the issue. If David Boaz ever thinks to himself during this crisis, "Why didn't the left support us more?" part of the answer is "because you went around making ridiculous comparisons between public arts funding and the government forcing someone to go through with a pregnancy." That's the sort of thing that makes it really hard to get emotionally involved in being on Cato's side.
I talked up the good foreign policy people at Cato a while ago. It's worth mentioning that at the most important moments in the last decade, things weren't entirely that way. Brink Lindsey was making the case for the Iraq War in October 2002 in exactly the way that a Bush Republican would. I think they've gotten better on this -- the foreign policy people there seem more strongly antiwar now -- here's Malou Innocent doing good. But the past wasn't a good time.
And here's Cato promoting climate change denialism. This doesn't have to be the libertarian position, as the carbon you put into the atmosphere could be conceived as damaging others' property. But instead of making that point, they'd rather confuse people about the science.
So let me do this like Abraham. I think there are 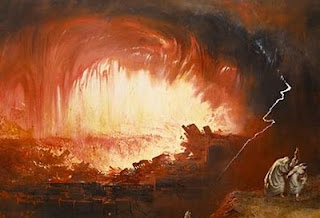 probably 10 people on Cato's 50-strong
"experts" list who are devoting some substantial amount of professional effort to promoting libertarian views on the large range of issues where I and my left-wing allies would agree with a principled libertarian position. I count Logan, Preble, Innocent, and Sanchez so far. And I know they have some people who oppose the War on Drugs. And for their sakes, may Cato be saved! But really, given the other stuff going there, it's the sort of thing where you have to beg the Old Testament God pretty hard.
Posted by Neil Sinhababu at 3/08/2012 09:42:00 AM