It's Harder To Come Up With A Good Canola Joke 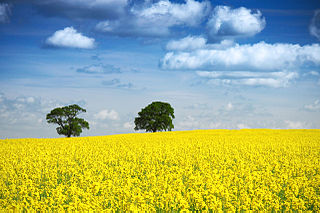 Traveling through the Czech Republic for a conference two months ago, I saw many fields full of yellow flowers. I asked if it was mustard, and the organizer told me it was rape -- the plant from which one makes rapeseed oil. (Canola oil is a more happily-named variety.) He recounted a conversation with some Americans years ago when he spoke worse English. They were discussing social problems like rape and he brightly said, "Yes, rape! It is all over my country!"

This is as good a time as any to ask why you don't begin more posts with "Hello, precious flowers."

And you will soon agree,
señors, why invite regret,
When you can get the sort of rape
You'll never ever forget.

- "It Depends On What You Pay" from The Fantasticks