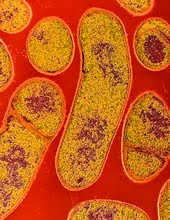 Captain Y: "If you imagine some rule that’s really important to preventing cans of beans from giving people botulism, that rule doesn’t suddenly become less important in a recession. What’s more it’s hard to imagine a 12-month holiday on food safety rules for canned goods leading to a spike of job creation. It would mostly freak people out."

Furthermore, the freaked-out people would be less likely to buy canned goods. People freaking out and not buying canned goods costs you jobs in the canned-goods sector.

To expand this into a general point: you buy things assuming that they'll work the way they're supposed to, and that they won't make you sick or blow up and kill you. Some non-governmental entities help with this -- my dad had stacks and stacks of Consumer Reports magazines when I was a kid and those folks seem to do a great job. (Growing up in a household with these magazines lying around probably helped me develop good modern consumer habits.) But evaluating whether every new company selling a cheap can of beans is an efficient producer giving you a good deal or some kind of fly-by-night operator with lax health standards is beyond their powers. Even if you can do research on your big-ticket items, lots of people wouldn't have the time to research the vast number of things they buy in the course of a modern consumer lifestyle, even if reliable data was out there. And that's before you get into the issue of separating reliable information from cleverly designed ad copy, something that's probably easier for sophisticated consumers of media like readers of this blog than it is for the population at large.

As far as I know, there are basically three options here. You can have the government regulate products and services to make sure they work. This isn't perfect, as some good companies might design nifty stuff that technically falls afoul of clumsy well-intentioned regulations but really has no problems. Also, there's the possibility of regulatory capture. Or you can punish bad companies by lawsuit. One hopes that the threat of a lawsuit scares the companies straight, but if it doesn't, you have messy expensive lawsuits and hurt people.

Or you can not do anything and let the buyer beware. But don't expect this to create a bunch of jobs. It may just result in a bunch of freaked-out consumers who are too afraid to buy anything because it might blow up on them, and if it does, there's nothing they can do about it.
Posted by Neil Sinhababu at 1/14/2011 01:28:00 AM