What Philosophy Can Save You From 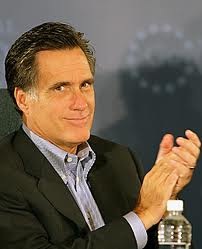 Jonathan Chait on how Romney is playing things right:

I believe few conservative Republicans feel visceral hostility toward sick, uninsured people or gay soldiers. Rather, their booing is an expression of tribal partisan solidarity. These people are presenting challenges to the Republican dogma — living, breathing examples of the failures of their stance. They represent a challenge to the tribe, and the crowd is booing them for this, but not necessarily thinking through the substantive merits of their position.

This is essentially the way Romney is treating the conservative mood. Yes, conservatives have developed a series of policy stances — say, that subsidizing and regulating private health insurance is the greatest threat to freedom in American history. Rather than treat this as a principled view, Romney simply treats it as an atavistic expression of hostility toward Obama.

There are a bunch of different ways to get excited about politics. You can love or hate some politician, some cause, or some principle. Lots of people in politics want to get you excited in a way that'll get you doing what they want, so they'll work to create the right emotions in you. Given your psychology and their interests, it may be most effective for them to develop or manipulate your emotional attachments with a particular tribe or politician, either loving them or hating them.
What's of fundamental importance in the world, and what good people are really trying to advance through involvement in public life, doesn't have a proper name like "Obama", "Bush", "Reagan", or "the Republican Party." It's described by more general terms like "the greatest happiness for all" or "helping people" or (according to views I think are wrong) "obeying God" or "property rights" or "the revolution." If you don't try to sort out what you care about at this level, the emotions that tie you to politics may attach to politicians and tribes and not the things that are described in well-reasoned principles. And then the things that motivate you won't be the things of real value. Maybe you'll do the right thing accidentally -- that happens often enough. But you'll be very easy to lead astray.
I've been known to get very excited about particular politicians. But if I'm doing it right, I'll be able to subordinate my feelings about them to the thing my utilitarian views tell me is most important -- the greatest happiness for all.
Posted by Neil Sinhababu at 9/29/2011 11:03:00 AM