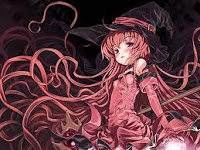 Sarah Kliff passes on an interesting piece of research on taxation and witch hunts in 17th century France. Noel Johnson and Mark Koyama looked at the regions of France in which the most taxes were collected, and in which the greatest number of witch trials took place. These two things were inversely correlated -- more taxes meant fewer witch trials.
Apparently the explanation is that the places where the most taxes were collected could support a standardized legal system. In an orderly legal system, the authors say, it's hard to successfully prosecute someone for witchcraft. But if you've got the worst judges of the 17th century, you can get some pretty weird results. I'd wonder if there was some deeper explanation of the phenomenon -- maybe really backwards places where witch trials happened also were poor and thus didn't generate much tax revenue, while taxable wealth and education went together.
Posted by Neil Sinhababu at 11/13/2011 08:11:00 PM