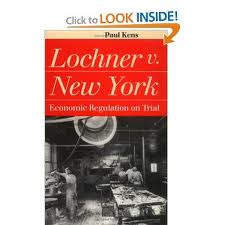 After all the work Democrats did getting health care reform through every veto point (five committees, a 60-vote Senate, House passage twice, the Senate again, presidential signing) it's sickening to think about having the Supreme Court just throw it out. The fact that the individual mandate was showing up in mid-1990s Republican health-care proposals won't give Scalia or Alito or Thomas any affection for it. Dahlia Lithwick says she doesn't know which way things are going to go, and if she doesn't, neither do I.
My guess has been that Kennedy is the decisive Justice, and we get a 5-4 decision. I've heard some people say that Roberts will vote with the majority if Kennedy does, which I guess I wouldn't rule out -- for all I know, Roberts might not care to vote with the right-wingers if the law is going to get upheld anyway. But that still makes Kennedy decisive.
If I have any idea how health care reform efforts should proceed if the Supreme Court strikes down the whole law, it's via Medicare expansion. Medicare for All should be a goal that our presidential candidates announce support for. (I could easily see the incentives in primaries supporting this -- if the other candidates aren't willing to go there, you should go there and people will like you better.) The reach is always further than the grasp, so next time we're in power, we end up having to make a bunch of compromises with interest groups and pass Medicare for people under 25 or something, and then a couple decades later the middle of the donut gets filled in.
Again, losing this court case will be an awful defeat. Scott Lemieux is right as far as I can tell -- there's no silver lining here. But the thing I tell myself about these things is that at one point, America had slavery. People were allowed to own other people, buy them, whip them, and sell their children. And somehow, that stopped. Having a disastrous health care system is going to be easier to fix than slavery. I don't even think we'll have to fight a bloody war with over a half million casualties. There might be setbacks that destroy millions of person-years of work, but what you do after the setbacks is start committing person-years to another shot at making things better.
Posted by Neil Sinhababu at 3/31/2012 02:04:00 PM

In reviewing his past decisions, my guess is that Kennedy votes to uphold ACA, for two reasons.

1. This vote, along with Bush v. Gore, will define his legacy. ACA is a fair swing at fixing health care and, as you note, it has survived many many tests. Vetoing it gains what, exactly? Health care must be fixed, for the good of the country. The only two options are continuing down the same path, or single payor socialism. This is as good as it gets. Buy the ticket, take the ride.

2. His past decisions are not particularly destructive to citizen's rights. What could be more Libertarian than the heath care construction on the table? Fine, you could probably imagine something more Libertarian, but that ain't passing congress. Again, buy the ticket, take the ride.

Though, like Dahlia Lithwick, I have no firm notion as to how it comes down.

If it is struck down, in part or in whole, there isn't so much of a silver lining, but there is plenty the Democrats can do if they would like -- a crusade comes to mind. The GOP has certainly made hay of less popular issues.