Malaria Is Deadlier Than Kony 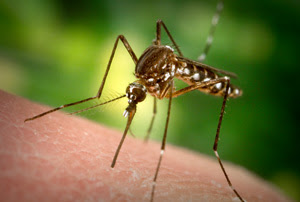 Lots of people are talking about this Kony / Invisible Children business. Facebook was blanketed with status updates criticizing it before I had any idea what it was. I'm still not sure whether I think money given to the anti-Kony effort is better for the world than money spent on any number of other things. My guess is that it's better than spending the money on a box of Twinkies or making a donation to Mitt Romney's presidential campaign, but still well below lots of other stuff on the list of good things you could spend money on.
Anyway, one thing I'm pretty confident about is that you'll get better consequences out of money given to Deworm the World, to whom I gave $8000 last year, or the Against Malaria Foundation. The people at Giving What We Can, who work hard on figuring how how many years of life you can save for a given amount of money (and how many years of that life will be fully healthy), have selected and recommended these groups.
If you need a human-sized bad guy to get you interested, they may not have anything quite as perfect as a brutal African warlord who created an army of child soldiers. But creatures that spread terrible diseases by sucking human blood or which eat the food out of poor children's bellies are villains I'm happy to spend money against.
Posted by Neil Sinhababu at 3/18/2012 09:50:00 AM

Romney's presidential campaign, but still well below lots of other stuff on the list of good things you could spend money on.