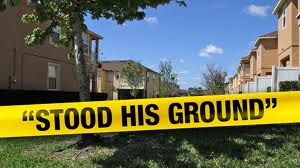 Let me give an example of the phenomenon Jonathan Bernstein talks about here -- the limits of the advantages that poll-tested words give you. The "Stand Your Ground" laws implicated in allowing George Zimmerman to shoot Trayvon Martin without consequences are now facing widespread ridicule, and the opponents of these laws are calling them by that name. "Stand Your Ground" actually strikes me as a pretty good poll-tested phrase, but the negative publicity the laws are getting will eliminate the value of the phrase pretty quickly.
Perhaps the classic example of this is "welfare", which was considered a positive phrase when it was initially used for social programs that gave money to the poor. You can see why -- it involves people faring well, which sounds pretty nice. But when people came to have views about the laws themselves (driven in no small part by negative attitudes towards poor black people) the term got the pejorative connotations it has today.
Posted by Neil Sinhababu at 3/26/2012 10:25:00 AM

When people came to have views about the laws themselves (driven in no small part by negative attitudes towards poor black people) the term got the pejorative connotations it has today.