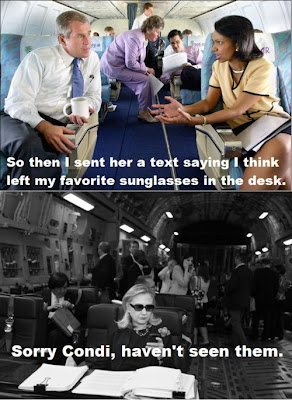 At some point, I'm going to have to say something about the possibility of Hillary Clinton running to be Barack Obama's successor, should he get a second term. And why not say a little bit of that now?
It can only be a little bit, because we haven't seen the Hillary 2016 campaign yet, and we don't know what kind of situation we'll be in then. Will the Supreme Court go nuts and overturn the ACA, and Hillary be supporting Medicare for All, a carbon tax, and free universal pre-K education? Then I'm very likely to support her. Will Hillary rehire Mark Penn, take herself to have the primary in the bag, and run a cautious centrist campaign in preparation for the general election? Then I'm against her, as we'll certainly have better candidates. In any event, a whole lot more has to happen before reasonable people can make up their minds.
Just as the 2006 and 2008 elections left the Republican Party with a fairly weak presidential primary field, they left us with plenty of excellent young Democratic Senators whom I'd be happy to see in a presidential race. I like Hillary well enough, but it's far too early for people on the left to have their minds made up.
It is a good time to give an early endorsement to the "Texts from Hillary" tumblr, however.
Posted by Neil Sinhababu at 4/05/2012 10:47:00 AM