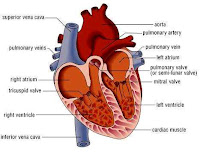 And she's only 50! The big problem is that we don't know enough about her, for example her HDL and LDL level. I'm also having trouble finding information on how long her mother and father lived. They've both already passed away, which could suggest bad things.

To continue with the cynical stuff, I'm really not sure what to make of this from Walter Dellinger: "what is useful is someone who can shape solutions to complicated legal problems that draw a consensus on the court and can deploy that skill on a court whose composition may be vastly different than what it is today."

Is this actually useful for anything? Sure, it might've been useful back in the Ford Administration before the Republicans got the Federalist Society and all the rest of their judgemaking machine up and running. Back then they ran serious risk of nominating a Souter or a Kennedy, and we could win them over by the power of rational argument. But now they've got the capacity and the desire to generate predictable hard-core rightwingers in the John Roberts/Clarence Thomas mode. Their judges will vote the way the conservative movement wants; our judges will vote the way the progressive movement wants. Is anybody actually going to be won over on anything of substance?

Update: As I think more, it seems that the smartest pick would be a drug dealer nominee who's really good at talking members of the opposing party into buying crack. I think Janice Rogers Brown fit that bill, though my memory is hazy -- it might've just been that her judicial philosophy suggested that she was on crack.
Posted by Neil Sinhababu at 5/10/2010 02:29:00 PM

Not quite as good as statin spam, but running is good for the heart i guess.