The Other Side's Partisans

It took religious conservatives quite a while to get serious about screening and installing judges who were part of their movement. Up until then, there were plenty of judges appointed by Republican presidents, even while the liberal wing of the Republican Party was well in decline, who ended up infuriating the religious right. The important point was to assert control over the GOP judge-producing process so that they'd stop getting judicial technocrats and start getting their own ideologues. Now they've done that, and they're getting judges like Roberts and Alito 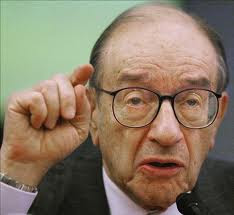 instead of O'Connor and Souter.

I'm reading Matt's comment that "A party whose leaders realized that economic results were the most important driver of public opinion wouldn't have renominated a conservative Republican to head the Federal Reserve" and hoping we can at least stop appointing the other side's partisans and ideologues. Bernanke isn't as total a disaster as the Ayn-Rand-loving Greenspan, but I'd prefer somebody who won't see it as a minus if economic stimulus helps a Democratic president. I hope Democrats are waking up to what a problem this is.
Posted by Neil Sinhababu at 10/30/2010 08:36:00 AM