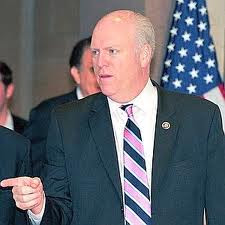 It's hard to look at David Weprin's defeat in the NY-09 special election without getting pretty upset at local party boss Rep. Joe Crowley, who picked Weprin to run in the district. It doesn't help that Crowley's response to defeat was to make a bunch of obnoxious comments about how his candidate won by 4% in Queens.
As Dana Goldstein points out on Twitter, there were some highly qualified female candidates in the district. I didn't even know that Elizabeth Holtzman was in that district, but apparently she was interested in running. (She might've been starting her sixth term as Senator from New York right now if the 1980 Senate election hadn't been a three-party race.) If your tastes run more towards the young up-and-coming star than the old legend, City Councilwoman Melinda Katz was also a possible choice.
Would Holtzman or Katz have won? My initial guess is no, as Weprin lost by 8% and I don't know if a better candidate could've made up that big a difference. Bad economy, etc. But that doesn't get Crowley off the hook -- a fair amount has to go wrong for you to lose a longtime Democratic district by 8%, and dubious candidate selection was part of the deal.
Posted by Neil Sinhababu at 9/15/2011 07:58:00 AM