People liked these maps last time, so let's do them again. I find it quite frustrating that most election results maps don't do some sort of color coding to give everyone a sense of the magnitude of a candidate's victory in different parts of the country. In the case of South Carolina, we can see that the Appalachian foothills in the northwest corner of the state, as well as the counties surrounding Columbia, were somewhat more friendly to Mitt Romney than the rural areas in the rest of the state. Those light-brown ring counties don't seem to have any clear differences from the rural areas; they're roughly in line with the statewide levels of income, education, and African-American population. 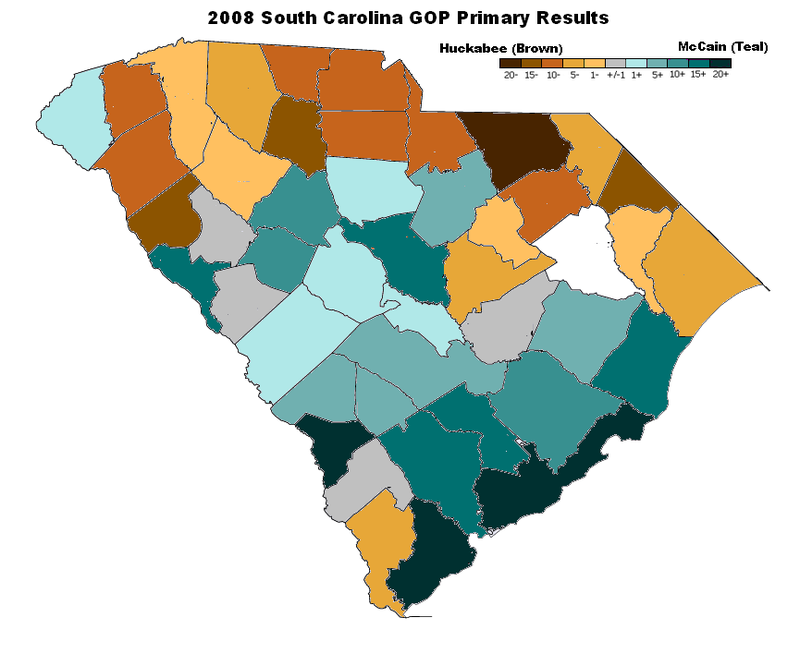 Compared to 2008, the big difference was Romney's inability to hold any ground in the corridor between Columbia and Charleston, as well as smaller margins of victory for Romney in the less rural parts of the state. McCain did quite well in this part of the state, for reasons that aren't immediately clear to me.
Posted by Nick Beaudrot at 1/23/2012 09:10:00 AM