No Senators In The GOP Primary 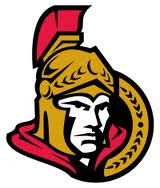 One odd feature of the Republican presidential primary is that there aren't any sitting Senators. This hardly ever happens. The Republicans had McCain and Brownback in 2008, McCain and Hatch in 2000, Bob Dole, Gramm, Specter and Lugar in 1996, and Bob Dole and Laxalt in 1988. On the Democratic side, we had Obama-Clinton-Dodd-Biden in 2008, Kerry-Edwards-Lieberman-Graham in 2004, as the sole Gore-alternative in 2000, Kerrey and Harkin in 1992, and Gore-Simon-Biden in 1988.
Why did this happen? I guess part of the reason is that Democrats did really well in the 2006 and 2008 Senate elections, clearing out lots of possible candidates. Rick Santorum would've been able to run from the Senate, and George Allen might've been in the race if he hadn't already run in 2008. Even so, the fact that 0 out of the 40 GOP Senators in office during 2009 ran is pretty unusual for a time when the weak economy made Obama look vulnerable. (My expectation early on was that Jim DeMint would run and win, but he decided not to get in for reasons that are his own.)
Posted by Neil Sinhababu at 1/05/2012 06:32:00 PM

Not that it affects your point all that much, but... Mike Dukakis was the Governor of Massachusetts, never a Senator (not even at the state level).

Few nitpicks: Elizabeth Dole wasn't elected to the Senate until 2002 (in 2000 she was a former Cabinet secretary), Bradley retired from the Senate in 1996 before running in 2000, and Hart retired in 1986 to focus on his 1988 run. But the overall point is well-taken.

Another nitpick: George Allen didn't run for President in 2008.

He was certainly laying the groundwork for such a run in 2005-2006, but his 2006 "Macaca" moment, and his subsequent failure to hold onto his Senate seat that November, knocked him out of politics altogether for a few years.

But he's back, running to regain his old Senate seat this year. If he wins, maybe he'll join the 2016 field. Hey, Macacarena!

Thanks, Dylan, fixed it.

Cyclist, I'm treating the 2008 Allen run as a possibility that didn't obtain -- as you say, he certainly seemed to be gearing up for it before he got defeated. Just saying that if he had won Senate re-election but hadn't run then (or I guess if he'd run and made a good showing but lost) he'd still have gas in the tank for 2012.