Why Rawls And Utilitarians Like "You Didn't Build That"

Julian Sanchez has a nice post on the whole business surrounding Obama's "you didn't build that" comment.  He explores the consequences of our interdependence for political philosophy:


Either way, it seems undeniable as a self-contained descriptive point: No man is an island, and the wealth and success we enjoy are all profoundly dependent on a context of social cooperation that makes it possible. In 15,000 B.C., you’d have been dirt poor however smart and hardworking you were.

Indeed, arguably it doesn’t go far enough, as it suggests some sharp distinction between things that involve help from “somebody else,” on the one hand, and on the other traits like being “so smart” or “hardworking,” which presumably each individual really is responsible for. But as John Rawls would argue, that’s hardly true either: If you’re “so smart,” well, “you didn’t build that,” ultimately. You aren’t responsible for the genetic endowment that enables high-level cognitive processing, the nutrition that fed your developing infant brain, or for the vast store of inherited knowledge that allowed you to take calculus for granted, rather than re-deriving it from scratch (once you’d invented “writing” and “numbers”). If you’re hardworking, then it’s a good thing that your upbringing and education imbued you with a work ethic, and that your brain chemistry (with or without aid from modern pharmaceuticals) is well-calibrated for sustained focus and impulse control. 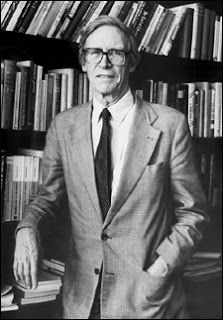 I like the argument from Rawls that Julian nicely lays out.  Where Rawls goes from there is that we need a different way to understand desert.  Rather than deserving things because you had them at the end of the free market round of the game, you can deserve things because they came to you through the kind of system that would be built by people who were trying to get the best deal for themselves, but didn't know which social position they'd end up in.  That's Rawls' nifty idea about how a fair system would be one designed by people behind a "veil of ignorance" as to where they'd end up.  Rawls thinks these people would be afraid of getting totally screwed and design a system oriented around the maximin principle -- very roughly, one primarily oriented towards alleviating the poverty of the worst-off.  I think that's pretty close to right, though I think the reason for distributing goods that way really comes out of considerations about diminishing marginal utility rather than the weird arguments Rawls gives.

That's why I'm not so hot on the part of the post where Julian asks, "All that’s true enough, but what is the point supposed to be?"  Here's how he concludes:

As it turns out, we generally think we are entitled to control, or have rights over, a whole lot of things that are not (as Robert Nozick put it) “deserved all the way down” in the sense that we’re completely responsible for them—since, at the end of the day, nothing is “deserved all the way down” in that sense. It’s not that the “you didn’t build that” argument is wrong as a factual matter—it’s that it’s true about everything, and therefore doesn’t get you much of anything.

This isn't right.  Sure enough, the argument takes you to a place where you lose a big chunk of what you believe about how you deserve stuff.  But there are alternative ideas about how to deserve things that aren't touched by that criticism.  Rawls had one, as I've described above.  Obviously, one shouldn't get too upset at someone for failing to engage with Rawls' positive proposals in a blog post.  But the fact that there are alternative ways of understanding desert that aren't defeated by the "you didn't build that" argument makes the argument significant for political philosophy.

As a utilitarian, I've got a way to go too.  Just focus on setting things up to create as much pleasure and prevent as much displeasure as possible.  Don't worry about who deserves what, except insofar as it provides a useful heuristic for how to generate more pleasure and alleviate displeasure (as a fair amount of our desert-related thinking actually does -- it's good to give people incentives to do useful stuff).  Even if there's no way to deserve anything, pleasure is good.  And good people try to make good things happen.
Posted by Neil Sinhababu at 8/01/2012 02:54:00 AM