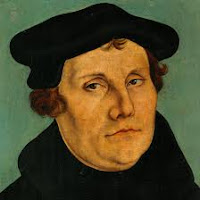 Via Jonathan,  I liked David Roberts' interview with Jeff Merkley on filibuster reform.

On the 'talking filibuster' front, it was good to see Roberts raising the question of whether such a proposal would help very much, because the Republican base would keep supporting whichever Alabama Senator wanted to go up and spout GOP talking points for hours.  Merkley responded that it would help stop filibusters on things like the DISCLOSE Act which nobody is prepared to publicly argue against because the legislation is so obviously a good idea.  I guess there might be some bills like that where a talking filibuster helps.  But if we're trying to help with the major items on the progressive agenda, like health care reform last term or climate change and immigration reform in the future, you'll be able to find enough Republican Senators willing to go on for hours and hours to the acclaim of Rush Limbaugh.  Plenty of Republican Senators have more to fear in a primary challenge than a general election opponent, and doing a big filibuster with Limbaugh's approval would help them.

I liked this from Merkley: "There are some other ideas around. Al Franken (D-Minn.) has a terrific idea: He has proposed that, instead of requiring 60 votes to end debate, require 41 to extend debate. If you have senators who are missing now, they count as automatic no votes — automatic votes in favor of continuing debate. But if you have to get 41 votes to continue debate, those missing votes count on the side of “OK, let’s wrap things up.”" That sounds a lot more significant than the talking filibuster, in terms of actual impact.  I see that Republicans could probably set it up so that somebody was talking for them all the time.  But keeping 41 bodies in the chamber and awake so that they could keep voting to continue debate would be more cumbersome.

One thing I wonder about with all these proposals is why we care about sticking close to the original rules so much.  Filibuster reform isn't going to make much of a difference by itself to anybody's vote in November 2014, though the consequences of a functional or non-functional Senate might.  Even if you just went ahead and created a 50-vote Senate, it wouldn't lose you any votes.  So why not?

I suppose the answer is to be found in the chamber itself.  Within the Democratic Caucus, there may be people who want the numbers kept at 60, or at least don't want a majority-rules Senate, but are open to tinkering around the edges.  And as Nick considers, maybe there's some middle ground here where you can do some procedural tinkering and Mitch McConnell won't go ballistic about it and wreck everything.  If there is such a middle ground, it might be because McConnell knows that his countermeasures would infuriate even the reluctant members of the Democratic caucus and result in a majority-rules Senate.

This is all speculation, of course.  It's hard to get a clear picture of the strategic terrain without being a Senator or Mark Schmitt or Norman Ornstein or Sarah Binder or somebody like that.
Posted by Neil Sinhababu at 12/05/2012 02:03:00 AM

There's sort of two classes of filibuster abuse: actually filibustering and threatening to filibuster (holds, etc.). Since the majority typically does want to move an agenda and shutting down even a one-man filibuster takes a huge amount of time, it's the second class of action that's almost the bigger problem. This is why "require a talking filibuster" and "ban secret holds" are bad ideas -- civil rights was mostly stopped not by real talking filibusters but by the threat of them and secret holds are just a social convention around threatening. If reform doesn't somehow generate a way to prevent the threat of a filibuster, I expect neither all that many talking filibusters nor a ban on secret holds to really take (it'll just start being called a "secret shmold" or something and operate in the same way it always did).