The Filibuster And The Future 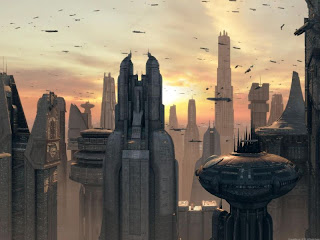 Western societies have been changing over the last couple centuries in a few fairly steady ways. For one thing, technology keeps getting better. For another thing, old prejudices like racism, sexism, and homophobia are slowly declining. So if you make it easy to change the laws, you make it easy for a society to have the laws that people want in a high-tech, unprejudiced society. But if you make it hard to change the laws, you stick us to laws from the past. The filibuster is basically a way of making it very hard to change big laws, so it keeps us a couple decades behind the present.

It's pretty clear that progressives have anti-prejudice reasons to oppose the filibuster -- we don't want another scenario where Dixiecrats are using it to keep Southern blacks from having rights. But I think progressivism is also the view more suited to a high-tech world. As technology gets better, you become able to make more and more cool stuff. Not just in the sense that now there are iPhones, but also in the sense that antibiotics are inexpensive and available. If you're stuck to laws from a time when there was less stuff, your social welfare programs are going to reflect that condition by being more stingy. Maybe you're only going to feed the hungry, because that's all they could do in the old days, when you've got enough resources to heal the sick as well.

There's a technocratic case that goes along with this. Having the economy of the future is great in a lot of ways, but weird new problems come up that you didn't expect. You put enough carbon into the atmosphere to mess up the climate. Financial institutions become capable of doing complicated things that crash the economy. Your employer-based health care system starts swallowing up 16% of GDP. At a very general level of description, these aren't problems specifically for people who have progressive views. They're things that, say, Edmund Burke would've recognized as genuine ills, and it's only the weird interest-group structure within the Republican Party that makes them seem like partisan concerns.

Now, you don't solve these problems by smashing everything up and living in a cave. You do it by devising regulatory or social-welfare solutions to them. And if those solutions need 60-vote supermajorities, it's a lot harder to put them into practice.
Posted by Neil Sinhababu at 11/24/2009 06:39:00 AM