Why Atheists Know More About Religion 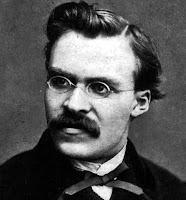 I've seen a lot of my friends expressing surprise (or pride) at the recent survey result that atheists are more knowledgeable about religion than believers. This result held, as far as Pew could tell, even after controlling for levels of eduction.

A lot of factors go into this, of course. But I'd bet on one of the larger and more boring ones being that self-described atheists tend to think more about religion, on average, than believers. Plenty of people are just Catholic or Baptist or whatever by birth, go through the cultural motions, and don't really think about it. (My mom is this kind of Hindu.) As a mass cultural phenomenon, atheism is new enough that many percentage of its adherents embraced it themselves after personally exploring the issues. There's got to be a much lower percentage of first-generation Baptists than first-generation atheists, and the first generation is the one that cares.

I think this demographic explanation still leaves room for atheist triumphalism in the wake of the survey results.
Posted by Neil Sinhababu at 10/01/2010 10:48:00 AM

With only personal experience and anecdotes to guide me, the reason for this earth-shattering finding may be that atheists et al are simply better-read in general than the at-large Christian population. This leads them to learn a little something here and there about the sort of information that the researchers were testing for -- a likelier explanation, perhaps, than the rash of protective-coloration and specific-interest theories. It's certainly a simpler explanation, at any rate.

Your explanation surely accounts for some of the difference, but I think there's more to the story. Notice that the atheists/agnostics aren't scoring that much better than Mormons or Jews. My guess is that Mormons and Jews tend to do better than Christians because (a) they know their own culture/texts/history, and (b) it's really hard to live in America without picking up some sense of what Christians believe. Explanation (b) applies to the atheists as well.
KarlG may be onto something as well. A neat aspect of social psychology is that most debates between theories A and B dissolve when people realize that A and B are both causally relevant.

I know that I scored 100% on that quiz because I studied religion college. I did _that_ because being a non-religious person, I'd wanted to know something about the 80% of people I was living around who are religious.

In most Christian denominations there comes a time when one is called upon to make a decision whether to continue be that thing, whether that is a confirmation ceremony or a teenage or adult baptism. I think the path of least resistance tends to be to go ahead and be confirmed and accept at some level what you have been taught from birth. Also, it is painful to separate oneself from those beliefs and traditions. Julia Sweeney has an excellent show called Letting Go of God and describes her well-informed, yet emotionally excruciating process of becoming an atheist. Such a decision comes at great emotional and cultural cost because if you are brought up in it, it is such a part of you. You are definitely going to inform yourself very well before you let go of it.

karlG, I think the researchers said the results remain robust even when you control for educational level. That may not correlate to being 'better-read' of course.