In Waxman Vs. Stupak, Bet On Waxman 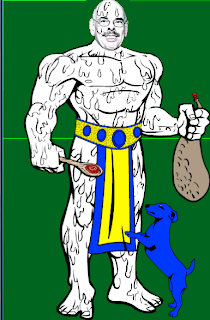 In a story that brings one of our most loved heroes together with one of our most hated villains, here's what happened when the House Energy and Commerce Committee was working on the health care bill. Brian Beutler reports that the legislation had a provision where none of the federal funds being authorized could be used to pay for abortions, except in the case of incest, rape, or to protect the mother's life. (I assume that this got edited out later when they merged the bill with the bills from Miller and Rangel's committees.) And then:

A day before the bill passed out of committee, Stupak co-sponsored, and voted for an amendment written by Rep. Joe Pitts (R-PA)--distinct from the now notorious "Stupak amendment"--that would have limited the government's ability to include abortions in benefits plans to cases of incest, life of the mother, and forcible rape.

The Pitts amendment actually passed, 31-27, with the support of several Democrats and all Republicans. But the "forcible" language--legally significant--was a bridge too far.

In a parliamentary maneuver, chairman Henry Waxman actually voted "aye", according to a House aide, in order to retain the prerogative of bringing it up for a second, unsuccessful vote. Between votes, Waxman conferred with some of the bill's Democratic supporters to convince them to help shoot it down.

One of them, Rep. Bart Gordon (D-TN), agreed to flip his vote. Another--Rep. Zack Space (D-IN)--didn't vote at all the first time around, but voted against it on its second pass. And that was enough to kill it.

If I get this right, Waxman and Gordon flipping their votes takes it to 29-29, and Space's vote puts Team Human Decency over the top.

I'm a glass-half-full kind of guy, so this story makes me feel optimistic about the future. There may be very bad people in the House Democratic Caucus. But Henry Waxman is on our side, and if there's any way for the good guys to win, he's going to find it. People wondering how the Stupak amendment will fare in conference committee should take note.
Posted by Neil Sinhababu at 11/17/2009 04:49:00 AM