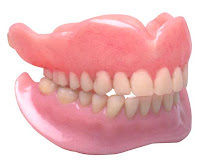 While there are plenty of horrendous things that the pre-2005 Democratic leadership can be criticized for, I don't blame them too much for not raising a fuss over the Republican use of budget reconciliation to pass tax cuts back in 2003. (Of course, we ought to blame them for not attacking tax cuts for the rich head-on.)

It's not only because of the conservative noise machine that "Even if congressional Democrats had tried to make an issue out of reconciliation in 2003, they probably wouldn't have gotten much traction." It's because process complaints about things like the use of budget reconciliation are wussy in the court of public opinion. Now, there are some genuinely freaky details in this case, like the fact that the Republicans fired the previous Senate Parliamentarian because he didn't rule like they wanted. Overall, however, it's hard for me to see how process complaints against a passed bill get much headway against substantive praise for the benefits of the legislation.

I'm happy enough to see Media Matters step up and point out the unequal coverage -- that's what they do. But if you're a Congressional candidate in a debate and your opponent starts complaining about budget reconciliation, don't bother rebutting him in detail. You want to get to the point about how the insurance companies can't deny you coverage for pre-existing conditions. Or tell your district's version of Louise Slaughter's story about the old woman who had to scavenge her dead sister's ill-fitting dentures because she couldn't afford her own. Reconciliation complaints are forgotten. Denture stories are remembered.
Posted by Neil Sinhababu at 3/08/2010 02:14:00 AM