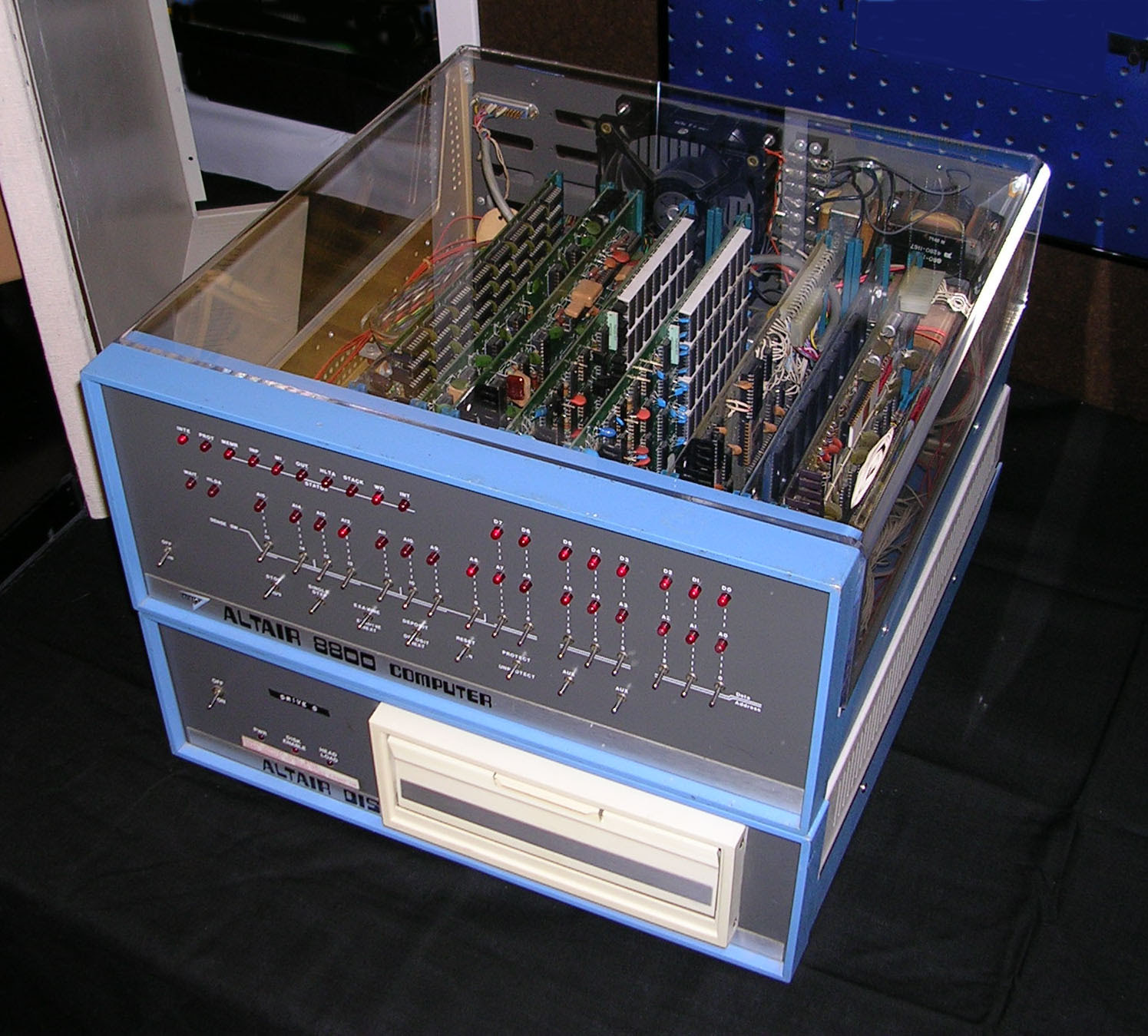 Engadget reports that Henry Roberts has died. Roberts created the MITS Altair 8800, the world's first personal computer. As was common at the time, the main buyers of PCs were gadget hobbyists of various sorts. The model with extra memory had 4K of RAM, or roughly 1/1,000,000th the amount used by a large personal computer today. In 1999, Dell ran a contest to find the oldest PC still in use, won by a patent lawyer who was still using his Altair for word processing.

Because people would get mad at me if I didn't correct this. There are those who consider the LINC the first personal computer and I tend to agree with them.

Why is left as an exercise for the reader.

My guess is that it wasn't built as a timesharing system? This seems bogus; individuals couldn't spend $40K on a LINC, but they could easily spend a few hundred bucks on an Altair and associated parts.