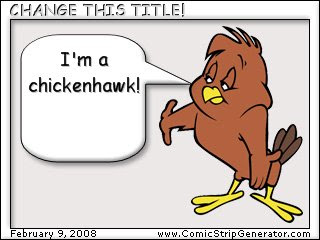 Various budget chickenhawks have banded together to hand out some awards to their favorite elected officials. This year, they've chosen Senator Kent Conrad (D-ND) and Governor Mitch Daniels (R-IN). As you can see, "concern" about the deficit is bipartisan.

Yes, the same Kent Conrad who in mid-November thought we ought to temporarily extend all of Bush's debt-financed tax cuts and then "get serious" about deficit reduction. And that's the same Mitch Daniels who was the OMB director under George W. Bush. Say what you will about Orszag's new job at Citigroup, he managed to shepherd a health care bill that is modestly deficit reducing in the short term and substantially deficit-reducing in the long term. Daniels, on the other hand ... well, let's turn the mic over to Brad DeLong:


One of the threads of Ron Suskind's The Price of Loyalty is that Mitch Daniels simply did not do his job as Bush's OMB Director. The OMB Director is the principal--indeed, the only--voice inside the White House for fiscal prudence, for trying to ensure that the money the government spends is spent well and that the resources the government raises are adequate for the spending plans the White House evolves. While he was Bush OMB Director, Daniels simply did not do his job.