Rarely Is the Question Asked: Is Our Senators Learning? 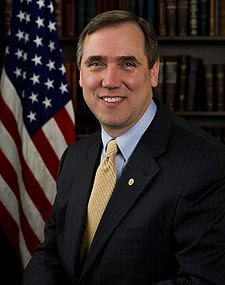 I've previously written about the unsustainability of current Senate structure. Essentially, the rules of the Senate assume a level of bipartisan cooperation to which very few current members of the Senate—and only seven Republicans, among them the partisan Minority leader Mitch McConnell —have experienced for any extended period of time.

All that is some throat clearing to say that it's a very, very good thing that Senate Democrats are considering re-writing Senate rules in order to deal with Republican abuse of the filibuster. The current filibuster rules have been in place since the mid-1970s, which is actually a very long time for Senate rules to go unmodified. We are well overdue for a change, and Lord knows Senate Republicans will not think twice about killing the filibuster if it suits their needs in 2012 or 2016. Given the number of cloture votes filed on bills that eventually pass with overwhelming majorities, and the giant number of nominations that have been ignored, this is all well overdue.

Also, Jeff Merkley (D-OR) is one smart cookie. He and Ezra Klein had a really good talk about Senate operations. You should read the whole thing, but let me hilight this one piece in particular:


I always make reference to when I was an intern in '76, and I was working on the Hill in the '80s, the Senate functioned. It doesn't really function now. We didn't pass a budget, we didn't pass any of our appropriations bills. We didn't get to a host of House legislation, we didn't get to a whole lot of nominations to the executive branch and the judicial branch. This is not an acceptable state of affairs.