Paul Krugman criticizes Politico for a silly article passing on criticisms from right-wing pressure groups that there's something hypocritical about Elizabeth Warren for being wealthy and trying to help poor people. The message of the 99% movement is not that being rich is itself a bad way to be. It's that we need to change laws and the economic system so that everyone else is better off. Elizabeth Warren has been working hard to make that happen.
Rejecting crusaders against poverty and inequality for their personal wealth will make it basically impossible for there to be an effective movement against poverty and inequality. Extremely successful people usually end up with money -- that's the way our world works. And if you say that nobody can be a legitimate crusader against inequality if they have money, you delegitimize most of the extremely successful people who want to crusade against inequality. Who's left? Well, lots of ordinary people, but the media isn't going to give them a special platform to speak, because they're ordinary. Occasionally a well-funded special interest group might be able to turn some ordinary person into a media celebrity, but that's going to be the kind of game that's tilted in favor of the rich and powerful, because they have the money to successfully fund special interest groups. So the only people talking about the issues will be rich people who don't care about income inequality or poverty. Disaster. 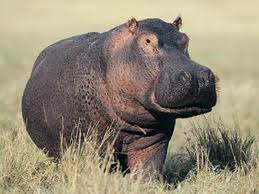 How would you get any effective crusaders against inequality or poverty in such a situation? I guess if an intelligent hippo spoke out against these things, the media would cover it, because, hey, a talking hippo. Maybe then progressives would vote the hippo into power. Anyway, that's the best connection I can see between Scott Wong's idiotic Politico article and hypocrisy or hippocracy or whatever.
Posted by Neil Sinhababu at 11/10/2011 08:40:00 AM

Beware of the growing threat of hippocracy.