Tweeners Spelling Get All The Glory; Teens Doing Math Get No Respect

Sarah Kliff hypes this Thursday's Scripps National Spelling Bee, wherein a handful of precocious middle schoolers will attempt to spell incredibly obscure words (the competitors have gotten so good that contest organizers have had to dig deeper and deeper in order to produce a winner). 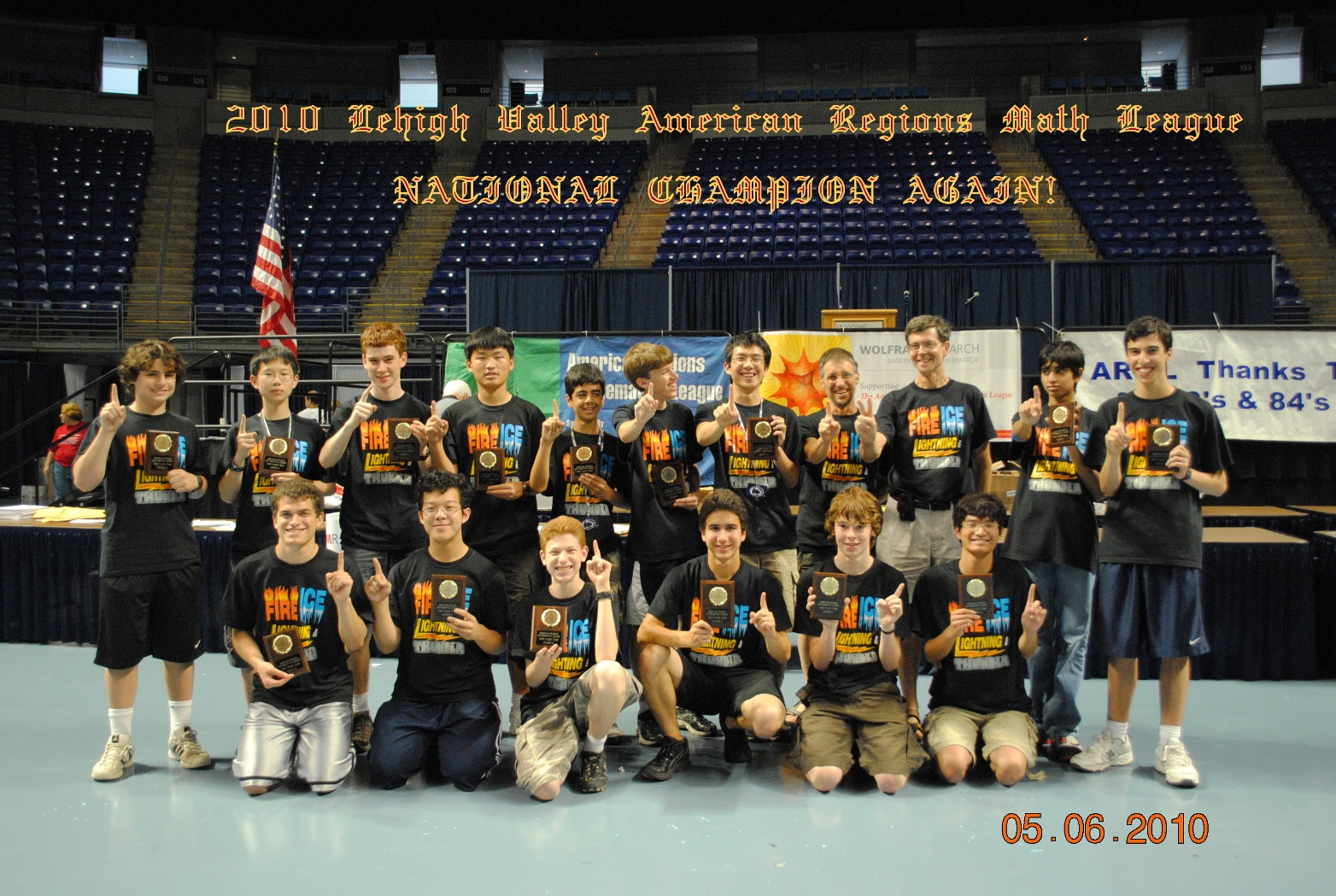 Meanwhile, here's the Lehigh Valley ARML team. ARML is effectively the national championship of Contest Problem Math. Lehigh Valley and has been on an incredible run in the past seven years, winning four tournaments and placing in the top 3 every year in that time span. But you won't find their success aired on ESPN or getting a call from the White House. I guess the younger, more ethnically diverse, and more gender-balanced distribution of spelling bee contestants makes it more attractive from a marketing perspective

If I had infinite time, there are a handful of small ways that I would like to try to change the world to make it a better place. One would be to write a book about the post-Jackie Robinson generation of African-American baseball players, and use that as a launching point for a discussion about race relations in the post-civil rights era. Another would be to do something that increased the level of interest in STEM among girls and young women. The third would be to get more pop-culture respect for math team. Please start by refraining from using the word "mathlete" in all contexts.
Posted by Nick Beaudrot at 5/31/2012 11:00:00 AM