The picture is from Virginia, where Clinton and Obama appeared at a rally together. I think Tim Kaine was there too. It was Obama's fourth event of the day. I like the happy background ladies. 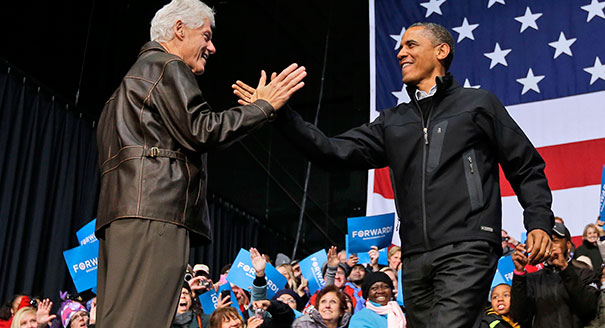 Getting a bit ahead of ourselves, if Obama wins re-election and has a successful second term, it'll be nice to have two well-regarded Democratic elder statesmen around. They'll be useful for campaigning and generally for articulating Democratic views. The closest thing Republicans have is the Ghost of Ronald Reagan, but GOP primary debates are more his scene than rallies in the closing weeks of a tight general election.
Posted by Neil Sinhababu at 11/04/2012 02:45:00 AM