Inflation Is A Tax On The Rich 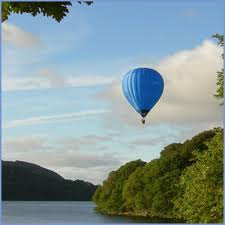 With the Republican Party utterly opposed to tax increases on the rich but interested in raising taxes on the elderly and poor, opportunities for progressive income redistribution through taxation will be hard to find in coming years. Fortunately, there's another way to redistribute real wealth: inflation!

If people have a bunch of money, inflation reduces the real value of their cash stash. So they end up worse off. So do people to whom debts are owed, since they get paid back in relatively cheaper money. On the other hand, people who don't have a lot of money don't take much of a hit. People who are in debt actually end up better off, since the real value of their debts declines. The more money you have, the more inflation hurts you, and if you have negative money, it helps you.

If you're rich and most of your wealth is in cash or bonds or something like that, your main asset -- money -- becomes less valuable in terms of the amount of poor people's labor it can buy. But if you're poor and your main asset is just your labor, that becomes more valuable in terms of the amount of rich people's money it can command. This is a progressive redistribution of real assets.

That's why I've gotten really into all this platinum coin stuff, and I'm eager to find new ways to make more money come into existence. If you can spend it on something good for poor people, all the better! But just for its own sake, supporting a higher rate of inflation (4% would be good) is something worth doing.
Posted by Neil Sinhababu at 8/31/2011 02:39:00 PM

One might also note that if you're middle class, your wealth probably comes in two forms: future labor and equity in a mortgaged home, both of which benefit greatly from inflation. Inflation really is a rich-only tax.

I agree with you in general that inflation hurts those with cash and helps those who owe, but isn't there a flip side for fixed-income individuals? The prices for everything including food and gas go up, while the number of dollars they get remains the same. Won't this mean inflation hurts many people who are retired or living off welfare, for example? It's the only drawback I have to also advocating for more and more money supply.