What To Make Of Road Privatization? 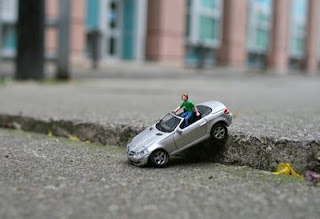 Reading Michael Dukakis' defense of Amtrak (which I plan to use frequently on my soon-to-begin lecture tour) made me wonder what I should think of road privatization. Congestion pricing sounds good to me, but what should I think of going all the way and just selling roads to private companies?

I suspect that if privatization happens, it'll take the corrupt form of roads being sold at prices lower than a free market would bear, to the corporations that bought the politicians overseeing the privatization. Privatizing an existing public service doesn't solve the public choice problems associated with having government run things. It lets them explode in one brilliant moment of corruption, a sad lesson to all who care about good public policy, and a beacon to all those who would like to profit from corrupt privatizations themselves.

Since the buyer is going to have a sort of regional auto transit monopoly, the competition that makes capitalism work won't happen here. If the roads are badly maintained under the current system, you call your local pork-barrel politician and get them fixed. But you're at the road monopolist's mercy. The roads have to get really bad before you'll start driving less, so why should they care until things get really bad? And this isn't a situation where if idiots are running the road company and just mismanage it, they go out of business quickly. Without competition to drive the large monopolist out of business, they can just keep being stupid for a long time.

Now you might see a silver lining. We solve the environmental problems associated with cars by destroying the roads! I don't think I'm radical enough to support this kind of thing, because I'm not ready to sign on to "let's destroy the roads" as a solution to climate change. And I don't think anyone currently in Congress is either.
Posted by Neil Sinhababu at 8/23/2011 01:13:00 AM