Platinum Coins Can Save Obama's Presidency 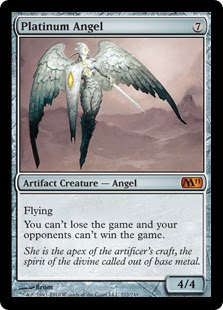 Back during the debt ceiling showdown, I hoped that Barack Obama was going to use it as a pretext for minting multitrillion-dollar platinum coins. The idea was to run monetary stimulus out of the Treasury Department. (Update: if you're wondering how this works, Brad Plumer explains.) Certainly, Ben Bernanke could undo it all by raising interest rates. But he wanted monetary expansion while feeling it was politically dangerous for the Fed to take such unusual measures, this was the policy that would let him just sit on his hands and let Obama take responsibility.

Surprisingly, the end of the debt ceiling fight gave us an even stronger economic case for platinum coins. The Fed is committed to not raising rates until 2013. The stock market is falling, and forecasts of economic disaster are sending everyone out of stocks and into bonds, even with bond yields at historic lows. This is exactly when you use monetary stimulus, if you want to put people back to work.

Republicans understand this. In what looks like a thuggish attempt to win the election by keeping people unemployed, Rick Perry is threatening Bernanke not to do any more monetary expansion. He knows that expanding the money supply could save Obama's presidency. There are two people who can do it -- Bernanke, through more quantitative easing, and Obama himself, through platinum coin seigniorage.

So when Obama introduces his jobs plan in the coming months, he should also explain what'll happen if it doesn't pass quickly: He'll order the production of a few trillion-dollar platinum coins. The jobs plan still probably won't pass, because it's really hard to get anything through Congress these days. And that'll be fine! It wouldn't be the first time someone saved the economy and his presidency through an unconventional act of monetary expansion, straight out of the executive branch. Time to be Franklin Roosevelt.
Posted by Neil Sinhababu at 8/19/2011 10:41:00 AM

I wish he would, but it seems too unconventional and bold a step for Obama. Doing something like that isn't really in his character.

What Ron E. said. I too "hope" Obama will suddenly turn into someone different than he seems to be and do bold beneficial things. Maybe turn into his campaign promises. I expect him to stay more along these lines.

Apparently I failed at linking. Anyway, these lines should have pointed to: http://www.tomdispatch.com/archive/175432/