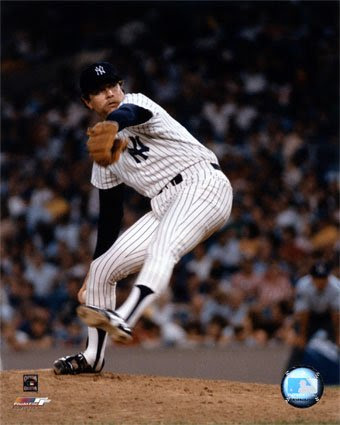 Having watched Corey Wade and an assortment of middle relievers blow three-run lead in the eighth inning, including being allowed to pitch with the tying run on third with two out, Joe Sheehan is absolutely right; managers have adjusted their in-game strategy to maximize their closer's save opportunities rather than maximize their team's chances of winning. Yesterday Frank Francisco and Jonathan Broxton were brought in to protect three run leads in the ninth inning. This is good for my fantasy team, but not for their respective teams; you actually do the more to help your team's chance of winning by bringing in your best reliever when you're one run behind—to minimize the chance of your opponent getting a bigger lead—than you do by having the relief ace close out a game when three runs ahead. Today, rather than call on Broxton to get four outs instead of three, Joe Torre left an obviously struggling Wade to cough up the lead. Perhaps the Dodgers' skipper didn't want Broxton to pitch back-to-back days so early in the season, in which case bringing him in the previous day with a healthier lead is even less defensible.

Ironically, in the postseason Torre has been one of the managers who is mostwilling to ignore the three-out straightjacket. Mariano Rivera routinely pitched more than one inning when the Yankees were in the playoffs. Sadly he's either forgotten this tactic or ignores it during the regular season.
Posted by Nick Beaudrot at 4/09/2009 03:30:00 PM

You don't need a closer, you need a shutdown guy who can come in whenever. The current situation is just firmly entrenched.

Coaches in all sports are such bumblefucks. There are few positions in society where such respect is offered for so little reason. If we didn't have reporters prostituting themselves for access, we'd have pegged these douchebags as worthless long ago.

Joe Torre's use of the bullpen in his final years with the Yankees was notoriously nonsensical. On the whole a good manager, but not too good on game strategy. This was more a matter of the rest of his bullpen, not Rivera. He tends to burn out certain middle relievers, for example, often overusing them in low leverage situations for no apparent reason.