Josh Kornfield, October 8: "President Obama, the national messiah and embodiment of change, fell from Olympus and lost his divine radiance."

Speaking of faces and gold and radiance and such, there's something you should see: 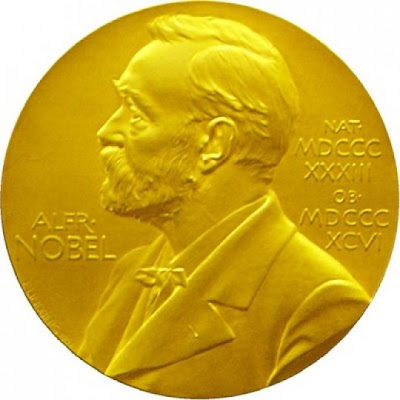 I think it is an interesting choice; I just wish it didn't feel so political. You know, a "Pblt to you, Bush!" And I sort of wish they had waited a year or two, to see if he really has made a wider difference.

As my next post says, I think it's time to embrace the political.

Ah, yes. I can see your point in that next post. But being in the midst of the Red South (isn't that ironic that they use Red for the Republicans...) I can only see it as causing more Obama-hating and nastiness. Sigh.