I liked the thoughts at the end of Tracy Clark-Flory's post on the people asking for an Olympic pole dancing event:

What does bother me about the mainstreaming of pole dancing -- particularly elevating it to the apotheosis of sportsmanship and nationalistic pride -- is that it doesn't come with a greater acceptance of or respect for actual sex work. In fact, if anything it does the opposite, merely redrawing the virgin-whore line: Some girls do it for money (for shame!), some do it for flirty fun (or, maybe one day, gold medals). It's just another symptom of our cultural schizophrenia when it comes to sex.

A tangential observation: Despite all the porn on the internet, there are many awesome and unusual kinds of sex that we can't see, and that a more sexually liberated culture would probably make available for public viewing. Like, sex between people who are ice dancing or hang gliding. Or sex in amazing places that are hard to get to, like the peak of Mt. Kilimanjaro. I'm guessing that among the people capable of doing these things, a few are exhibitionistic enough that they'd want people to see them make love doing the thing they love. If extreme ironing can catch on, extreme sex should too, because sex is more awesome than ironing. 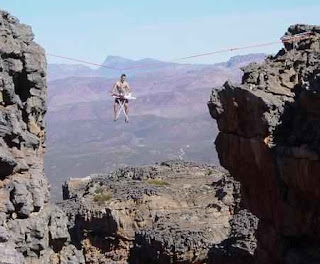 I think some sexual feats in this category would qualify as genuine human achievements, on par with many athletic feats highly regarded in society today. They might not be that titillating, in part because it's hard to have and properly film good sex under extreme conditions. But when Vince Carter jumped over the 7'2" French guy in the Olympics and dunked, that wasn't titillating either. It was just awesome.

Unfortunately, there are enough negative consequences to being publicly naked the few people who are both sufficiently exhibitionistic and capable don't do this stuff. In fact, a bronze medal winning snowboarder had to leave the Olympics early just for photos where a fan did naughty things with his medal. I'm generally optimistic about cultural progress, so I imagine that we'll see these barriers (and the ones that Tracy is concerned with) get dramatically weaker in our lifetimes.
Posted by Neil Sinhababu at 2/24/2010 04:56:00 AM

Your just going to post on more and more risque topics until I start blogging again, aren't you :).

The heads of the IOC and the various leaders of state attending, haven't had sex in years and have forgotten how to do it. Your plan would cause cardiac problems in many. But what about Olympic pot smoking, drunken arguing, or competing at anything while the audience hurls rubber chickens at you. Okay, I'll give in half-way: What about naked frisbee but, somehow, firecrackers are involved, too?

Nick, if you hadn't posted that comment, I would've said the same thing as a threat.

David, I support you for a position on the IOC.

How about drinking as a competitive sport. It takes stamina! Once the games come to Dublin, you know it will be in there...

This reminds me of Robin Williams's call to replace ice dancing with ice fucking.

So Neil, it sounds like you are a little teed off the blog had a total of ONE new posts during your sabbatical*.

*Is it culturally insensitive to call a trip to India a "sabbatical"?