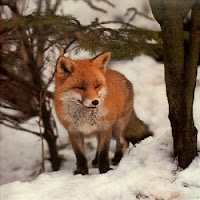 This is by way of introducing Satoshi Kanazawa's comment in Psychology Today that "The only thing I can think of that might potentially explain the lower average level of physical attractiveness among black women is testosterone." As Jamelle writes: "Yep, it must be the testosterone! It can't possibly be that we live in a culture where black beauty was demonized and dehumanized for hundreds of years. Nope, black women are just too much like men! Exactly."

I always love seeing mockery of pop-evo-theories, but I think you must have so many examples of bad writing by then, that you probably really REALLY want to stay away from anything discussing "beauty" in a political context. The trolling that results is never good, and there's really nothing intellectually respectable and interesting to say about comparing the beauty of different groups.

Well, I think I've learned some things from those discussions. The story about how beauty norms in most cultures tell you "look like our upper class" impresses me.

Beyond Neil's point about the social aspect of beauty, where beauty = characteristic of the upper classes, having money in our society correlates pretty well with having access to doctors, education, healthy diet, and exercise. Part of the issue might be the fact that it takes money to take care of your body, and that black people are poor.
Or testosterone.

The post appears to have been removed. Perhaps someone at PT (which, believe it or not, was at one time a decent magazine) got an attack of the sensibles.