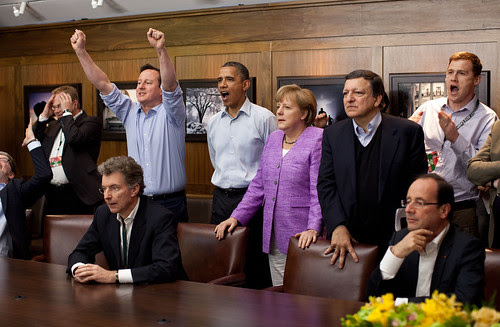 Original Caption: "Prime Minister David Cameron of the United Kingdom, President Barack Obama, Chancellor Angela Merkel of Germany, José Manuel Barroso, President of the European Commission, and others watch the overtime shootout of the Chelsea vs. Bayern Munich Champions League final, in the Laurel Cabin conference room during the G8 Summit at Camp David, Md., May 19, 2012. "

How about we take this G8 outside? Monkey bars!