Jamelle is worried that the middle-class prosperity of 20th century America was a fluke, and that our political system is headed in a direction that makes that prosperity (in particular: a welfare state in a multiracial society) unsustainable.  Jonathan takes liberal frustration to largely be a result of the incrementalism of the American political system, and notes that conservatives are similarly frustrated by their inability to make progress on a variety of issues.

Under an incrementalist system, a rapidly changing world will make everybody more frustrated about missed opportunities and looming crises.  For us, there's climate change and income inequality.  For conservatives, there's growth in federal spending, open homosexuality, the arrival of Spanish-speaking immigrants, and the easy availability of birth control.  A society that can't change its laws gets slammed by the bad stuff, and can't take advantage of the good stuff.  I guess if all we're doing is missing opportunities, things aren't so bad.  We can live to fight another day.  If we're actually risking the destruction of society or its ability to capitalize on future opportunities, things are worse.  (Jamelle's concern seems to be that we're doomed to go backward, and that's a pretty bad outcome too, especially if it involves cutting off our access to future opportunities.) 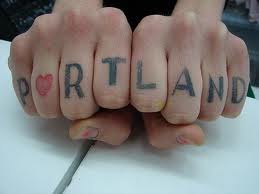 Conservative frustration about social change might seem odd in these lights.  Do they really think that Hispanic immigration, homosexuality, and birth control will lead to the literal destruction of society?  Sometimes they say things like this, but I have a hard time seeing how all these things can be woven into a vision of social collapse.  These trends run highest in our coastal cities, and they're thriving, economically prosperous places.

It's probably better to interpret social conservatives as worried about the end of the sort of society that they can identify with and care about -- a society dominated by white people, where young men marry chaste brides.  Even if the multicultural, tolerant, sexually free coastal cities can prosper, who cares?  An America like that might as well be a foreign country.
Posted by Neil Sinhababu at 6/06/2012 06:37:00 AM

I fear you are missing how much damage terrified (mostly white) conservatives -- facing extinction of the way of life they understand -- can do as they die off. Have you ever asked "what's the matter with California?" That's the problem with our broken state government and tax structure in a nutshell. We have to restore the possibility of governance which was broken in the 90s when that fear ruled our politics.

That all sounds right to me on the budgetary side of things.