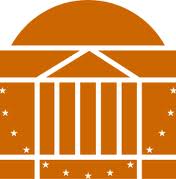 I liked Matt Yglesias' post a week ago about the success of American higher education, measured in terms of the eagerness of foreign students to get degrees in America and the willingness of their wealthy parents to pay full price.  It's something that I'm aware of, working at a university overseas -- an American university degree is an extremely valuable and highly regarded credential.


Eleven days ago, the University of Virginia Board of Visitors (many with ties to Wall Street, as Siva Vaidhyanathan reports, led by hedge fund billionaire and Goldman Sachs partner Peter Kiernan) decided to fire President Teresa Sullivan.  While they didn't have a good reason for their decision, they had lots of corporate buzzwords.  Lots has been written on this, but Kieran Healy's satire is about as good as it gets.  I read Sullivan's strategy memo, written about a month before she was fired, and thinking, "yeah, this is the sort of sensible person I'd be happy to have as my university president."  And when I read Siva's article, I thought "these people on the Board of Visitors are pretty good at talking in a way that makes a certain segment of rich people think they know what they're doing, but that's about it."

Many people have decried the corporate mentality of the Board of Visitors as a bad way to run a university.  I don't know that it's a good way to run anything.  Universities are well-functioning pieces of the American economy that produce enormous amounts of carefully collected research and attract students from around the world.  The financial sector is a poorly functioning piece of the economy that absorbs enormous amounts of society's resources and periodically generates financial crises.  Lots of people are in awe of Wall Street because sometimes people there use a combination of luck and skill in exploiting principal / agent problems to become billionaires, but I don't take that as a sign that it's playing a useful role in society.
Posted by Neil Sinhababu at 6/20/2012 10:03:00 PM