The Eye Of Sauron Turns Upon The Fed 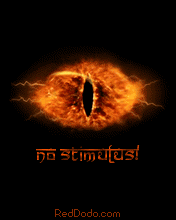 I knew that Tea Party types and goldbugs didn't like the Fed loosening monetary policy, but as you'd expect, that sentiment has now percolated up into the upper reaches of the Republican Party.

I'm interested in the direction this sentiment has taken. Mike Pence has introduced legislation to eliminate the Fed's mandate to reduce unemployment. In the short-term, this fits his political incentives -- it's good for Pence and Congressional Republicans if unemployment stays high, because Obama will get most of the blame.

But what happens in the long term? When we get a Republican president, will the GOP realize that it's in their interest to have lower unemployment? Or will hard-money views have become such a theological issue within the Republican Party that they'll genuinely come to think that having the Fed fight inflation no matter who is President is the right move?

A lot of this will depend on the economic advisors that have a Republican president's ear at at that point. If it's conservative economists who are keeping quiet now as the Republican Party displays total economic illiteracy, so that they can get good GOP jobs in the future, we'll probably see the GOP suddenly lose interest in fighting inflation. But if they get displaced by people who have risen to power as prophets of the new goldbuggery, we end up with Republicans who find a really easy way to drive themselves out of power when they get in.
Posted by Neil Sinhababu at 11/23/2010 05:14:00 AM

It's legitimately in the economic interests of management and the asset-owning classes for their to be very low inflation, whereas high unemployment doesn't effect them. They'll allow a little stimulus and loose money to keep them elected, but only a little.

Again, what's new here ISN'T an extremist attitude against inflation. That's 30 years old for all of America. What's new is people actually having an argument over it. But presumably a Republican president after 2010 will have the same attitude as Reagan and Bush did.